Trump Blasts Reporter Who Asks If Kavanaugh Will Withdraw: 'What a Ridiculous Question' 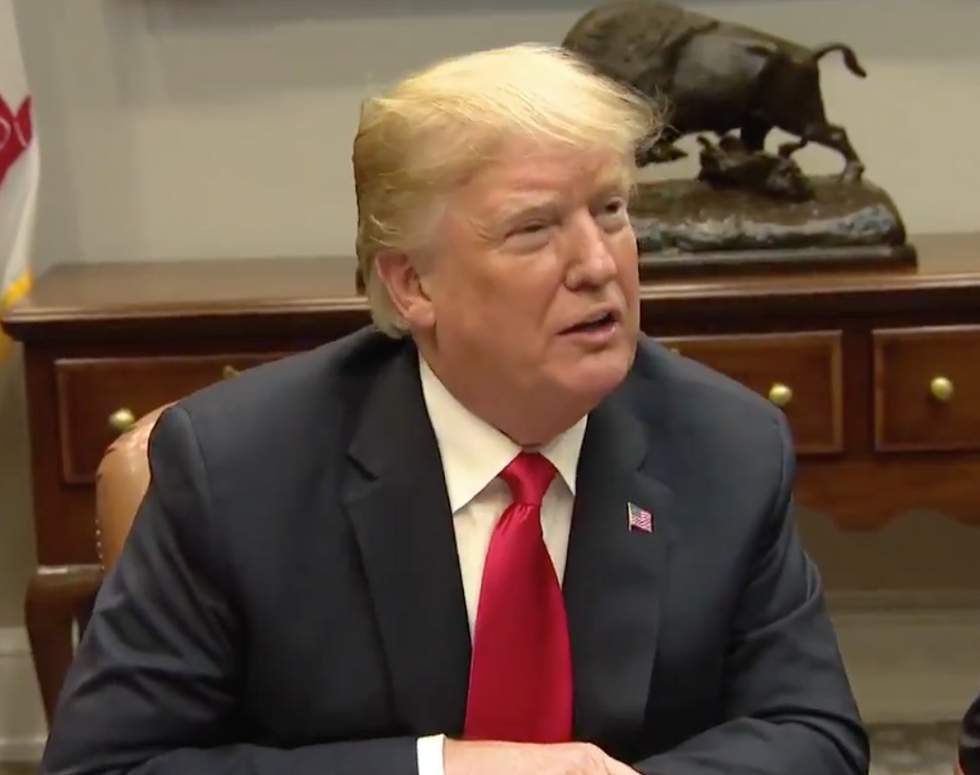 “Next question, what a ridiculous question that is," Trump said while taking questions in the White House Monday afternoon.

Kavanaugh now stands accused of attempted rape and sexual groping of a younger woman when they were both in high school. Trump acknowledged that there should be a process to assess the claim before voting on Kavanaugh's confirmation.

"If they delay it a little bit just to make sure everybody's happy," Trump said. "I can tell you the Republican senators want to be 100 percent happy, themselves,"

He added: "Judge Kavanaugh is one of the finest people that I've ever known."

But in line with many other Republicans' lines of attack on the matter, Trump also tried to blame the Democrats for slow-walking claims, even though the accuser, Christine Blasey Ford, requested anonymity and has praised the Democrats' handling of her allegations.

"I wish the Democrats could have done this a lot sooner because they had this information for many months," Trump said. "But with all of that being said, we want to go through the process."