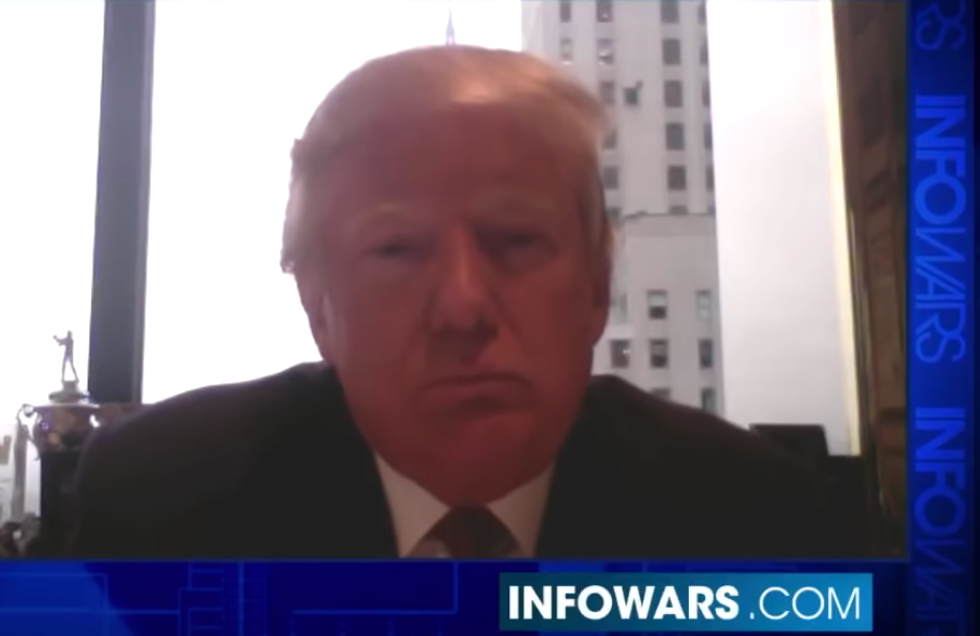 Donald Trump has been telling aides he thinks the recent accusation against Supreme Court nominee Brett Kavanaugh is part of a Democrat-led “conspiracy” to derail his nomination, the Daily Beast reports.

Trump—whose political career was predicated on a movement that falsely claims Barack Obama was not born in the United States—is reportedly going “fill steam ahead” for his Supreme Court pick despite allegations made public Sunday by Kavanaugh’s accuser, Christine Blasey Ford.

Ford alleges Kavanaugh assaulted her in the early 1980’s at a house party in Maryland. She originally documented the attack in a June 2018 letter to Sen. Dianne Feinstein (D-CA). In that letter, Ford asked Feinstein keep her allegation confidential. As the Post reports, she declined to speak on record about the attack "as she grappled with concerns about what going public would mean for her and her family—and what she said was her duty as a citizen to tell the story."

Ford's concerns became a reality Sunday as the White House reportedly geared up to defend Kavanaugh—and slander her in the process. Politico reports Trump is not considering withdrawing Kavanaugh’s nomination.

“No way, not even a hint of it,” a lawyer close to the White House said. “If anything, it’s the opposite. If somebody can be brought down by accusations like this, then you, me, every man certainly should be worried. We can all be accused of something.”

Jack Kingston, a former GOP rep and frequent cable news Trump defender, gave a preview of the White House’s charted course as it tries to navigate fallout from Ford’s accusation.

“Let’s all step back and think about our own perfect behavior when we were in high school,” Kingston said, according to the Beast. “I think there have been enough people from both parties, although far more liberals than conservatives, who have received such allegations… Not many, however, have been accused of things that they may have done in high school—but something that was bottled up until now. Let’s face it, Democrats would do anything possible to derail a Trump nomination.”