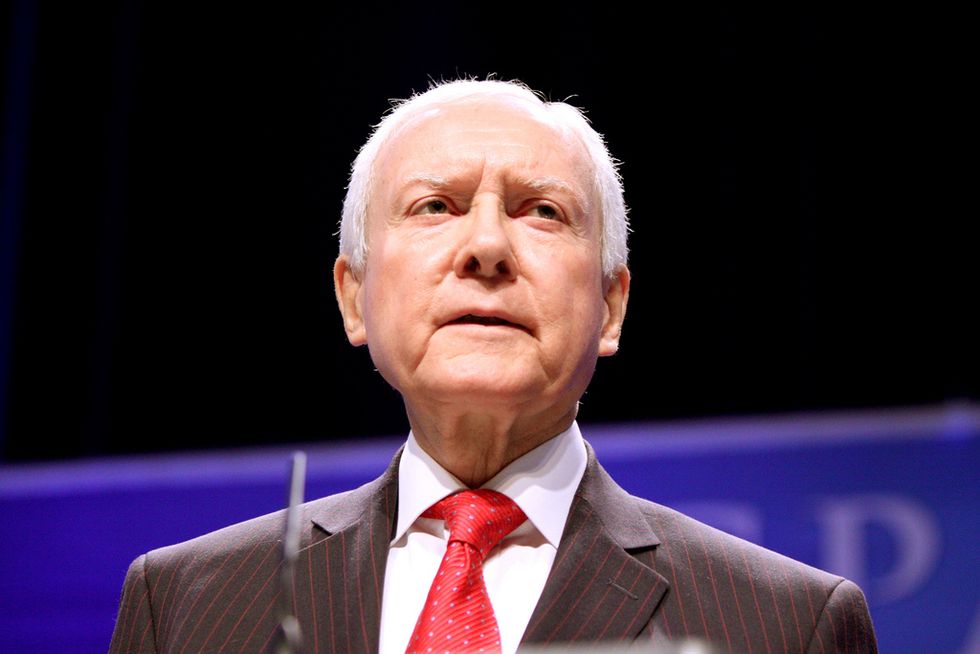 Sen. Orrin Hatch (R-UT) on Monday said that he believed Supreme Court nominee Brett Kavanaugh did not attempt to rape Christine Ford when the two of them were teenagers — but he also tried to downplay what it would mean if the accusations were true.

According to NBC News’ Leigh Ann Caldwell, Hatch on Monday said that he had spoken with Kavanaugh and had found him to “honest” and “straightforward” in his denials about Ford’s accusations. Hatch also said of Ford that “there’s some question whether she’s mixed up” in her account of the alleged incident.

Bloomberg News’ Laura Litvan reports that Hatch was then asked how he would feel about Kavanaugh’s nomination if it turned out that the allegations were true, and Hatch replied that “if that were true, I think it would be hard for senators not to consider who he is today.”

Senator Orrin Hatch was asked how he thought senators would react if it turns out that what Kavanaugh's accuser has… https://t.co/ptrbuLfgeL
— Laura Litvan (@Laura Litvan)1537209238.0

If the allegations were true, however, it would also mean that Kavanaugh has been lying for days about what actually happened during the night when he allegedly tried to rape Ford. Despite this, reports The Guardian’s Lauren Gambino, Hatch still believes it would show that Kavanaugh is “a good man… by any measure.”