These Are the 3 Pernicious Forces Protecting Trump from Impeachment 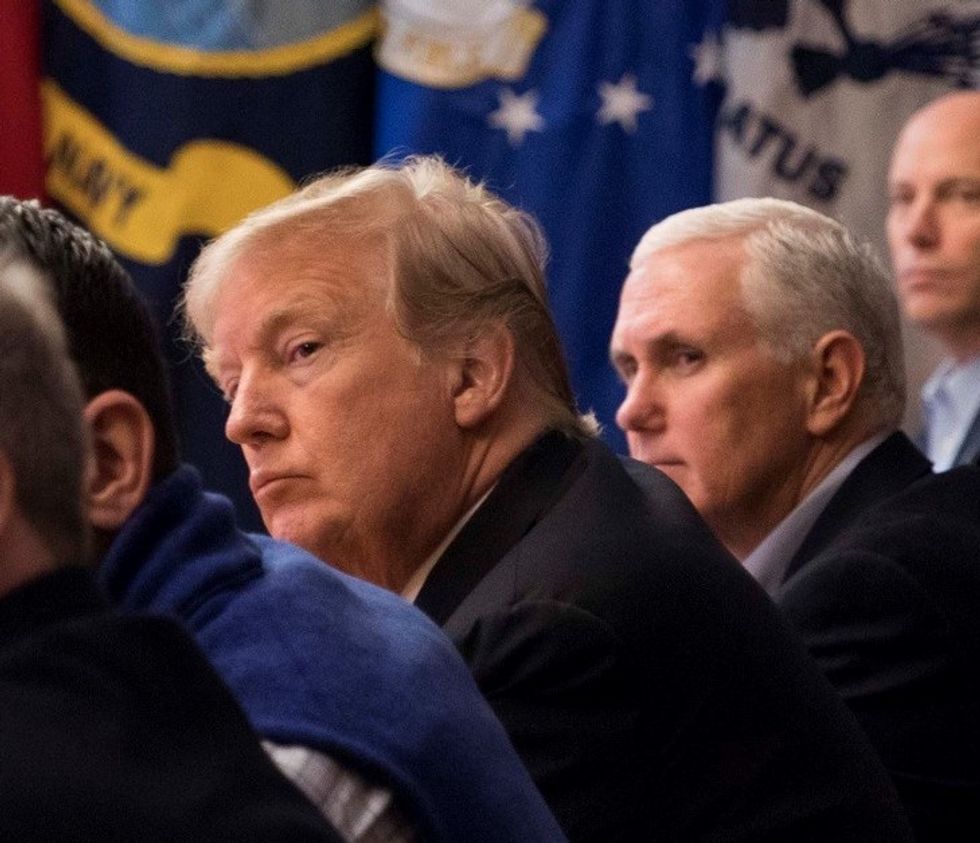 “How long until he’s impeached?”

Canadian observers of the political dumpster fire down south are right to pose this question, for the list of scandals and offences is long and growing.

One week, we learn about potential pay-offs to Trump’s other women in plain violation of America’s remaining electoral laws; another week, we see little kids taken from their parents and held in dark sites along the border, a clear breach of “cruel and unnecessary” standards of punishment, not to mention basic humanity. Now we hear that members of his own administration are trying to thwart him. Yet he endures.

Explanations for this staying power range from the man’s skills as a conman to the fecklessness of old-guard Democrats and the cowardice of congressional Republicans.

From a historical perspective, however, the reason Trump remains is simple: He occupies the best political ground, namely the meeting point of three reactionary forces in American life.

The first are business elites. They’ve been around since the late 1800s, when they turned the Republican Party into the political tool of Robber Baron capitalists. They define liberty as the pursuit of wealth and rage against any restraints upon it. They oppose taxes, regulations, and unions.

Over the last 50 years, such interests have united against the social protections that emerged from the Great Depression and the Second World War. Now they target Medicaid, Medicare and, one day soon, Social Security.

The second force of the American right are white nationalists, whose origins trace back to the early 1800s. They believe that white families make up the real “nation” within the wider and more diverse United States.

They, too, have become more organized and angry over the past 50 years, first in reaction to the Civil Rights revolution and then to immigration from Mexico. They also hate the media.

Such ideas are often associated with Americans of lesser means and education, with cut-off jeans and non-ironic moustaches. But “blood and soil” prejudices against non-white people also thrive on leafy college campuses and exclusive country clubs.

Rather than a specific ideology, white nationalism is a cluster of feelings and beliefs that often lay dormant before called to action by various dog whistles: “Hard-working Americans” and the “silent majority” versus “welfare queens” and “illegals,"

The last and most important dimension of the modern right is religious, especially as practised by white evangelical Protestants. Although they only entered Republican politics in the 1970s and 1980s, their roots stretch back to the colonial period, when Puritans from southeastern England and Presbyterians from northern Ireland conquered parts of North America from Indigenous people they saw as “heathen.”

Ever since, one of the most powerful themes in American culture has been that of the godly settler in a fallen world, beset by demonic foes and blessed by a terrible yet perfect deity. In this narrative, Americans are the “chosen people” who must purge themselves and the world of evil.

These groups—the tycoons, the white nationalists, and the evangelicals—all yearn for a harsh world in which they have someone to kick around. But they don’t have the same kicking order in mind, leading to a number of policy disagreements.

The business right usually wants free trade, while white nationalists demand protectionism. The latter are increasingly anti-Semitic, whereas evangelical Protestants would sooner vote for Benjamin Netanyahu than Hillary Clinton. None of them can decide if the U.S. should ignore or bully the rest of the world.

It was Trump, the “blue-collar billionaire” who couldn’t bear the sight of Barack Obama in the White House, who united these forces of the right in 2016. He believes in them all, if only because they all believe in him.

Put another way, the real estate mogul now holds the best location of all, the centre of a Venn diagram whose circles cover a huge swath of the American political landscape.

Moving him won’t be easy. And he won’t leave quietly.