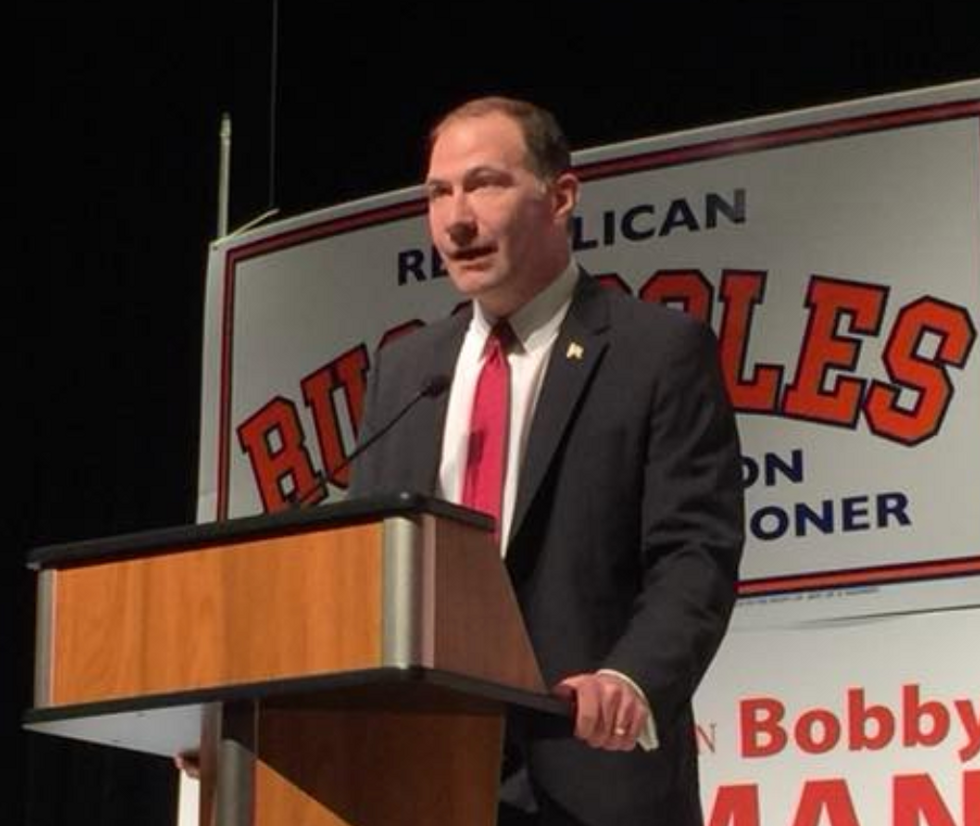 Texas Republican State Senator Charles Schwertner is being accused of sending a graphic text message to a University of Texas grad student. That text included, allegedly, a photograph of his genitals and a message saying, "I just really want to f—- you."

Senator Schwertner, who is married and has three children, denies the allegation. University officials say they are considering banning him if the allegation proves to be true, the American-Statesman reports.

The conservative Republican met the student at a university on-campus event. She told him she was interested in working in the legislature. They exchanged messaged via LinkedIn before moving to text messaging.

But all of a sudden, "Schwertner abruptly wrote, 'I just really want to f—- you,' and sent her an image that appeared to be a picture of his genitals that was taken in the shower, according to a UT official who has seen the exchange and the photo. The image does not include his face, the official said."

The senator's office issued a statement saying he "categorically denies any knowledge of the accusations leveled against him and only became aware of this allegation when contacted by the media."

Schwertner is running for re-election this year. Voters will choose between him and Democrat Meg Walsh.

In 2014 Sen. Schwertner signed on to an amicus brief supporting the false claim that legal "recognition of same-sex marriage ‘could lead to the recognition of bigamy, incest, pedophilia, and group marriage,'” as HuffPost reported. Other signatories included Ken Paxton, now the state's Attorney General, and Dan Patrick, now the state's Lt. Governor. Patrick, a very powerful far right wing conservative, has endorsed Schwertner for re-election.