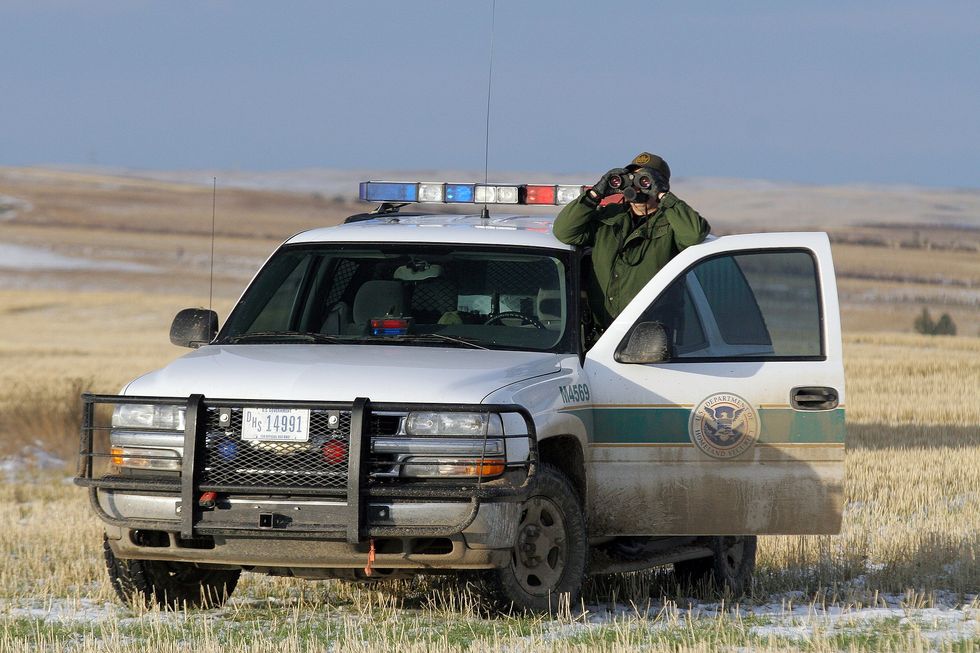 This article originally appeared on the Texas Tribune.

U.S. Border Patrol agent has been accused of going on a nearly two-week-long “serial killing spree” that came to an end on Saturday after he was arrested in connection with the deaths of four women and the kidnapping of a fifth woman.

Webb County-Zapata County District Attorney Isidro Alaniz told The Texas Tribune that Juan David Ortiz, an intel supervisor for the Border Patrol, fled from state troopers after the fifth woman escaped and alerted law enforcement. Officials found him hiding in a truck near a gas station close to a Laredo hotel and arrested him without incident.

“He picked [the fifth woman] up, she went willingly with him and then while she was with him things started to get dangerous for her and when she tried to escape from him at a gas station that’s when she ran into a trooper,” Alaniz said. "In our opinion he is the sole person responsible for this horrific serial killing spree."

Alaniz, whose office is assisting the Texas Department of Public Safety and Texas Rangers in the investigation, called the killings “just a horrific case overall.”

Alaniz said Ortiz has killed four women since Sept. 3, including one transgender woman. Two of them were U.S. citizens; the other victims' nationalities are unknown. All of them were sex workers, he said.

Alaniz said the killings happened when Ortiz was off duty and in his own vehicle, a white four-door Dodge truck.

Documents provided to The Texas Tribune by the Webb County District Attorney’s office describe the dramatic escape of the woman who could have been a fifth murder victim.

Erika Pena approached a state trooper after she said Ortiz pointed a gun at her when she tried to escape from his vehicle, according to the documents. “Erika stated David began to act weird when she began to speak about Melissa, a female she knew who had been discovered dead the week before,” according to a criminal complaint. Later, the two stopped at a gas station and Pena struggled to get free, the complaint says.

“David grabbed her shirt to prevent her from exiting the vehicle. Erika began to scream for help. Erika pulled off her shirt allowing her to escape and run away from the vehicle,” the complaint states.

A manhunt ensued after Pena provided details on where Ortiz lived and what he drove.

An arrest affidavit states that Ortiz provided officers with details about picking up a woman he identified as Melissa Ramirez on Sept. 3. Ortiz said the two drove outside city limits and stopped so Ramirez could urinate, the affidavit said.

“Juan David Ortiz then used a firearm (handgun) to shoot Melissa Ramirez multiple times [in] the head,” the document states.

On Sept. 13 Ortiz picked up Claudine Ann Luera and drove her outside city limits on U.S. 83, the affidavit said. She exited his truck and Ortiz shot her "multiple times in the head" according to the affidavit. She died later at a local hospital.

The affidavit says that on Sept. 15, Ortiz picked up a woman identified as “Jane Doe” in the document. He drove outside Laredo's city limits, ordered the woman out of the vehicle and shot her in the head, the affidavit said. He then picked up a “John Doe” and again drove north beyond the city limits, ordered the person out of the vehicle and fired one shot to the victim’s head, the document said.

“Sheriff’s deputies and DPS personnel went to the mile 15 marker exit and found the body of an unidentified male,” the affidavit states. “At said location, a single spent casing was discovered near the body."

Alaniz said, “There’s nothing that suggested that [Ortiz'] did this under the cover of authority or the law.”

“It’s super unfortunate and tragic,” Alaniz said. “It’s not a reflection of Border Patrol, they do a great job protecting our borders they’re super professional and the work they do is important.”

The Associated Press first reported the news of Ortiz’s arrest.