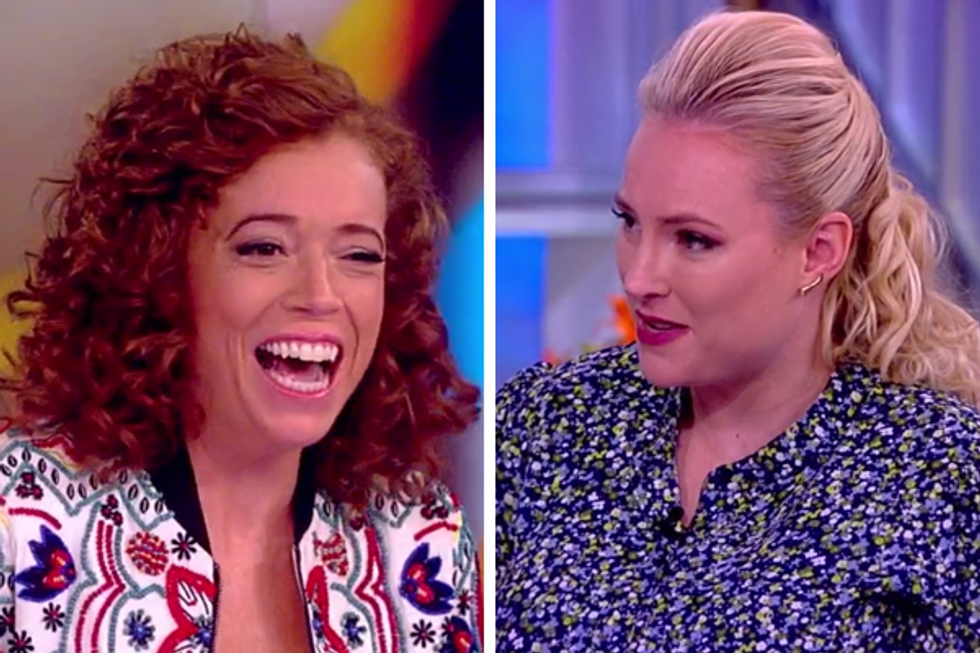 Sen. Ted Cruz (R-TX) was clearly not expecting a competitive Senate race. It is evident in how bizarre and unpolished his political attacks have become as he tries to fend off his Democratic challenger, El Paso Rep. Beto O'Rourke.

According to the Austin American-Statesman, at a campaign stop on Sunday, Cruz tried out a new line: elect Beto, and all your barbecue will be replaced with tofu:

Appearing at a packed campaign event at Schobels Restaurant in the South Texas town of Columbus on Saturday, Cruz said, “When I got here someone told me that even PETA was protesting and giving out barbecued tofu, so I got to say, they summed up the entire election: If Texas elects a Democrat, they’re going to ban barbecue across the state of Texas.”

“You want to talk about an issue to mobilize the people, and I’m talking everybody,” Cruz said to appreciative laughter. “So I want to thank PETA and I do want to tell PETA you’re going to have to disclose to the FEC that by coming and protesting and giving away tofu, that you have given an in-kind contribution to my campaign by demonstrating just how bad things can get.”

This jab is childish, not to mention silly given that O'Rourke is, pretty visibly, an avid meat-eater. It is also a little strange for Cruz to be mocking tofu at a time when soybean farmers — who produced 5.25 million bushels in Texas alone last year — are gravely threatened due to President Donald Trump's tariff war.

But this is not a one-off attack. Cruz has largely been running a culture-war campaign, in which he is trying to argue that O'Rourke would be out of step with Texas values.

Cruz recently claimed that O'Rourke would bring "tofu, silicon, and dyed hair," to Texas, obviously implying he would make Texas more like California — again, a strange line of attack against someone whose family has lived in Texas for four generations. And he has also sought to attack O'Rourke for his impassioned viral video in which he supported NFL players' right to take a knee for civil rights.

Texas has not elected a Democrat to statewide office in 24 years, but polls have repeatedly found the Senate race within a few percentage points — due in part to O'Rourke's massive grassroots funding operation that has outraised the incumbent senator, and statewide tours that have brought him to all 254 counties in the Lone Star State. Cruz is one of the most infamous right-wing partisan firebrands in the Senate, and is broadly disliked by even his own GOP colleagues, which may well have fueled interest in the race further.

Last week, after much wrangling, Cruz and O'Rourke finally agreed to a series of three debates leading up to the election, the first of which will take place this Friday at Southern Methodist University in Dallas.