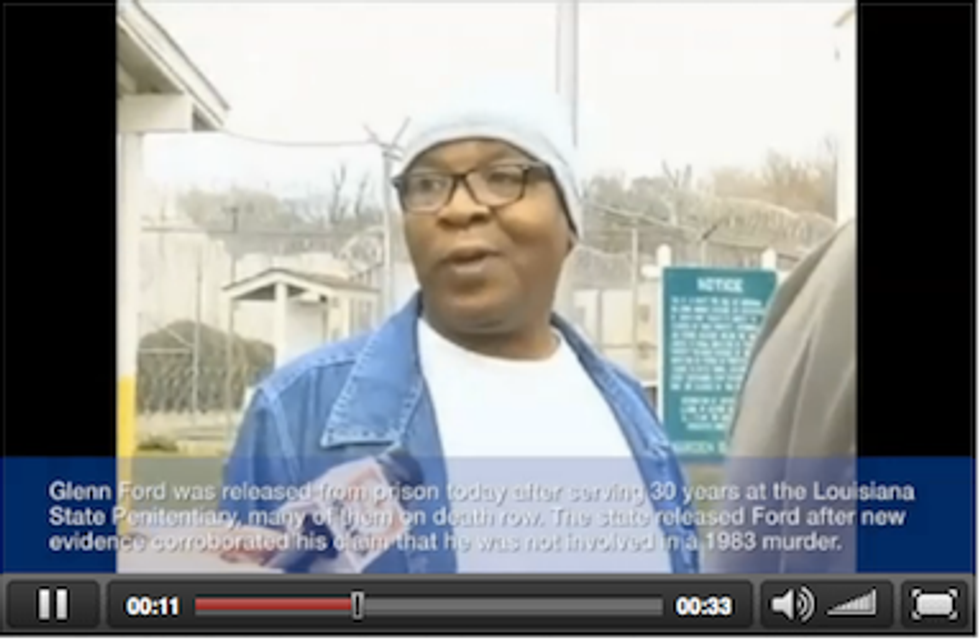 Women across the country expressed gratitude on Thursday as they watched Dr. Christine Blasey Ford testify publicly that U.S. Supreme Court nominee Brett Kavanaugh had sexually assaulted her years ago.

Dr. Ford's testimony came in front of 11 Republican senators, all men, on the Senate Judiciary Committee who have pledged to push through a vote on Kavanaugh regardless of her claims while hiding behind an outside female prosecutor they hired to question her.

With the hearing ongoing, the National Organization for Women (NOW) was among the groups and individuals demonstrating on Capitol Hill in support of Ford:

Say it louder for the people in the back: However we dress, wherever we go, YES means YES and NO means NO! #BelieveSurvivors pic.twitter.com/0wBWBoBYj7

Give us a #SCOTUS women can trust! pic.twitter.com/2hLgy5zyLa

A number of Democratic senators also applauded Ford for coming forward with her allegation as it became clear in July that Kavanaugh was on President Donald Trump's Supreme Court shortlist—with Sen. Patrick Leahy (D-Vt.) suggesting that Ford's testimony could have a tangible effect on sexual assault survivors across the nation.

"There are millions of victims and survivors out there who have been inspired by your courage—I am," said Leahy. "Bravery is contagious."

“There are millions of victims and survivors out there who have been inspired by your courage. I am. Bravery is contagious…We owe you a debt of gratitude for that.” Sen. Patrick Leahy to Dr. Ford pic.twitter.com/k1e4s4f81W

Dr. Blade Ford's candor and utter lack of defensiveness in the face of a professional prosecutor's meticulous cross-examination is nothing short of extraordinary.@SenBlumenthal is right.

She has earned America's gratitude already.#KanavaughHearings

Leahy also questioned Ford about the image that was most ingrained in her memory of the assault.

"Indelible in the hippocampus is the laughter, the uproarious laughter, between the two, and their having fun at my expense," Ford, a research psychologist, replied. "I was underneath one of them while the two laughed."

When asked what her most vivid memory of the incident was, Dr. Ford responded:

Meanwhile, as veteran sex crimes prosecutor Rachel Mitchell served as a stand-in for the 11 male Republican senators on the committee and questioned Ford about the details of her allegations and why she came forward, many observers noted that Ford appeared unflustered as Mitchell attempted to poke holes in her story.

There are so many things to say about Ford's testimony, but the thing that strikes me most, beyond her credibility, is her precision, her insistence on what she does and doesn't know, and not being railroaded into saying anything other than that.

After telling Ford that she seemed to have given a clear picture of the alleged assault, Mitchell shifted her focus to the last two months, since Ford first told her representative in the House about her claim.

Mitchell appeared intent on making an issue of Ford's statement that she had declined to fly from her home in California to speak with the committee due to her fear of flying—asking how often Ford had flown for business of vacation. The line of questioning did not appear to lead to much doubt regarding Ford's testimony.

Republicans are now spending minutes on whether Ford was offered the chance to talk to committee staff in California versus having to come back to DC. Again, process. And again, something that may seem off the point to viewers.

The prosecuting attorney (that's what she is) Has not succeeded at whatever it is that she's trying to do. Blasey Ford comes across as truthful and unflappable

On Fox News, Chris Wallace offered a similar summation of the hearing—proclaiming Ford's testimony "a disaster for the Republicans."

According to Vanity Fair correspondent Gabriel Sherman, President Donald Trump was infuriated by the coverage of his preferred news network and unpleasantly surprised by Ford's credibility.