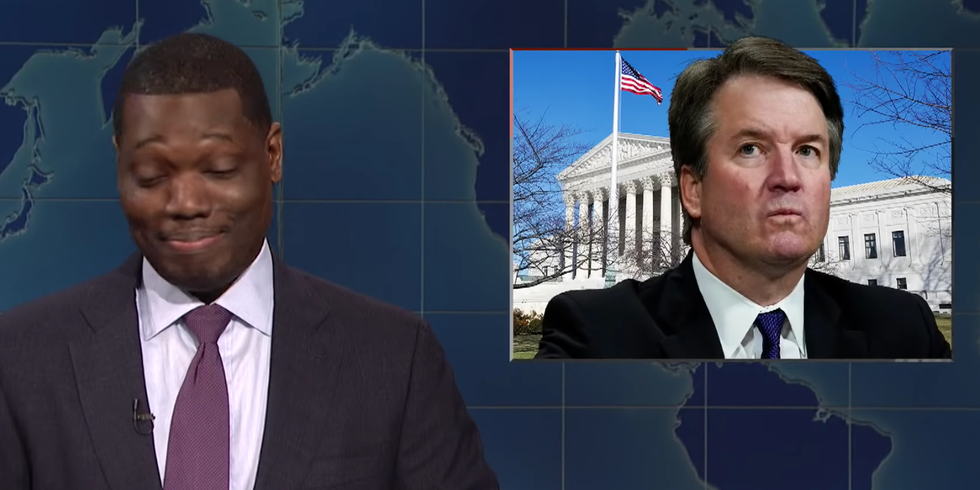 Saturday Night Live’s Micheal Che — who co-hosts Weekend Update with Colin Jost — was all over embattled Supreme Court nominee Brett Kavanaugh on Saturday night and wondered why the GOP is sticking with the fatally flawed nominee.

“I just want to remind everybody that all that yelling and crying happened at a job interview,” Che said about the Thursday hearing that was also parodied on SNL. “I mean, typically when you’re asked about a sexual assault and your drinking problem at a job interview, you don’t get the damn job.”

“Why does it have to be him?” Che asked. “Can’t just pick a dude from your Illuminati lizard meetings?”

Watch the video below via SNL: