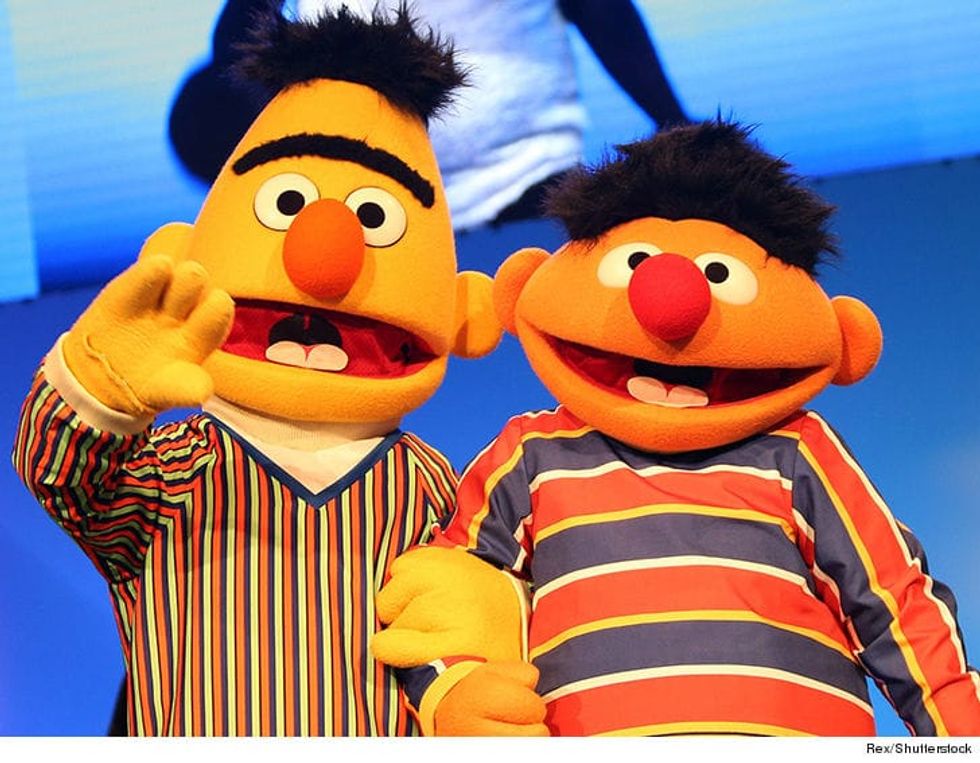 Are Bert and Ernie a same-sex couple?

"I always felt that without a huge agenda, when I was writing Bert & Ernie, they were" a gay couple, writer Mark Saltzman told Queerty in an exclusive interview.

The Internet over the past few days has exploded – mostly with joy.

The New Yorker reposted a 2013 cover:

Are there really people who didn’t know Bert and Ernie were gay?

Others expressed their thoughts:

The GOP is more concerned about the sexuality of Bert and Ernie from Sesame Street than the alleged attempted rape by a Supreme Court nominee.

But not everyone is expressing joy. Some conservatives seem to be outraged.

Jim Henson is rolling over in his grave like a young fresh chicken on a spit.

Meanwhile, Sesame Workshop, the folks who actually produce Sesame Street, felt the disturbing need to issue a statement denouncing and denying the news Bert and Ernie are gay and in a relationship.

"Bert and Ernie are best friends," Sesame Workshop states, insisting, "they remain puppets, and do not have a sexual orientation."

Please see our statement below regarding Bert and Ernie.

But that seems to be false, because it's actually not in keeping with other Sesame Street characters. For example, Clementine is Forgetful Jones' girlfriend.

And Ingrid and Humphrey are married hoteliers.

Sesame Workshop needs to come up with a better denial, or let Bert and Ernie be gay.