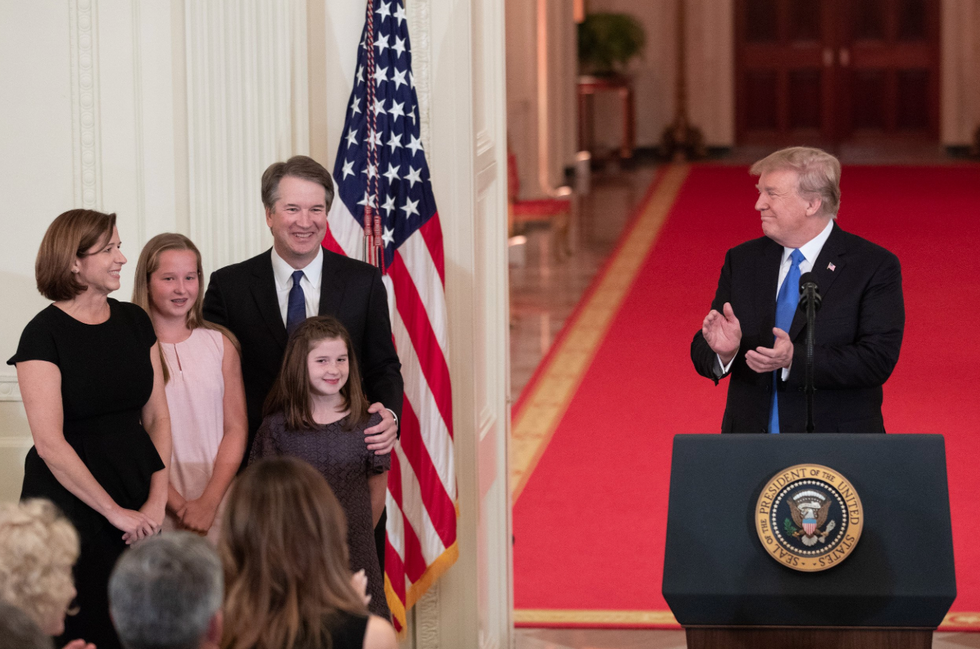 Sen. Jeff Flake (R-AZ) on Sunday, who sits on the Senate Judiciary Committee, signaled a willingness to hold up Bret Kavanaugh’s appointment to the U.S. Supreme Court after Christine Blasey Ford went public with her account of assault at Kavanaugh’s hands in high school.

“For me, we can’t vote until we hear more,” Flake told the Washington Post.

Sunday night, Sen. Bob Corker (R-TN) said the Senate should not hold a vote on Kavanaugh until Ford has the chance to speak to Congress.

It’s the first concrete signal that Ford’s allegation will have an impact on Kavanaugh’s appointment. Last week, when an anonymous version of Ford's account went public, Republicans faulted the account for protecting the woman’s identity. In an article published in the Washington Post on Sunday, Ford said she felt it was her civic duty to tell  her story.

"I categorically and unequivocally deny this allegation,” Kavanaugh said. “I did not do this back in high school or at any time.”

A lawyer who’s close to the White House told Politico the president is not considering withdrawing Kavanaugh’s nomination.

“No way, not even a hint of it,” the lawyer said. “If anything, it’s the opposite. If somebody can be brought down by accusations like this, then you, me, every man certainly should be worried. We can all be accused of something.”