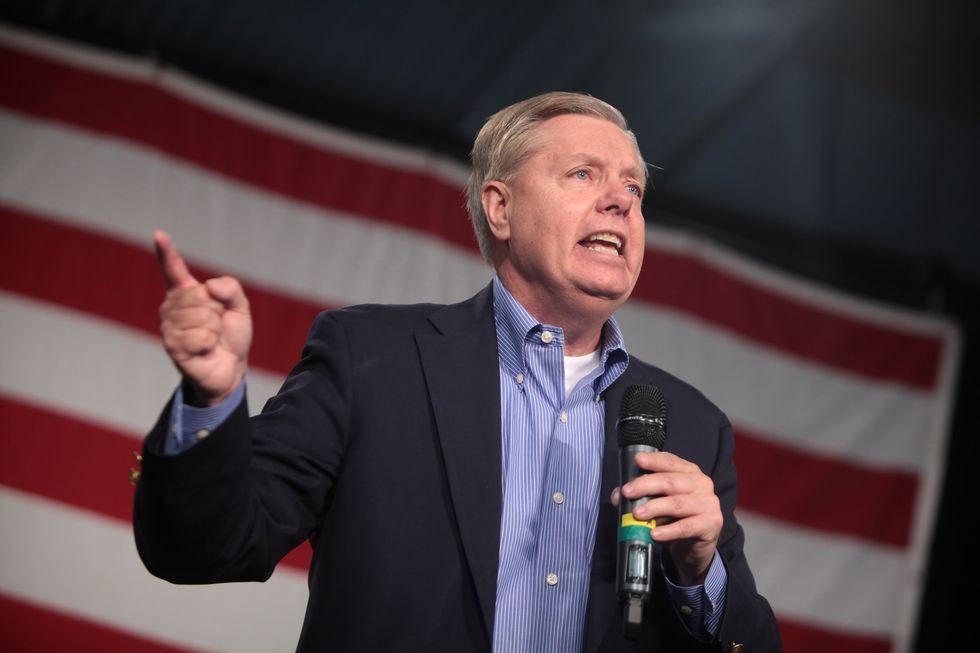 In a new filing made under the threat of perjury, Swetnick, represented by lawyer MIchael Avenatti, claims that she attended a series of parties in the early 1980s with Kavanaugh where he was aggressive with women and "spiked" the punch bowl in order to make women subject to "gang rape."

Graham disputed the likelihood of the claims in a series of tweets:

I have a difficult time believing any person would continue to go to – according to the affidavit – ten parties ove… https://t.co/AafhrFs1em
— Lindsey Graham (@Lindsey Graham)1537981937.0

Second, Graham's claim that a woman wouldn't repeatedly put herself in abusive situations is also completely belied by what is known about sexual abuse. It's widely accepted victims of abuse often stay married to or otherwise involved with abusers for myriad reasons — denying this fact about sexual abuse is simply ignorant and amounts to blaming victims for the psychological trauma they experience.

This is especially true when Graham asks, "Isn't there some duty to warn others?" Of course, if Swetnick's allegations are true, what she is doing now, testifying to her claims, is the epitome of warning others about abuse. And Graham's reaction, immediately doubting her and criticizing her from coming forward, is exactly why so many women never tell their stories.