Sen. Lindsey Graham Abruptly Dismisses Woman Saying She Was Raped: 'You Needed to Go to the Cops' 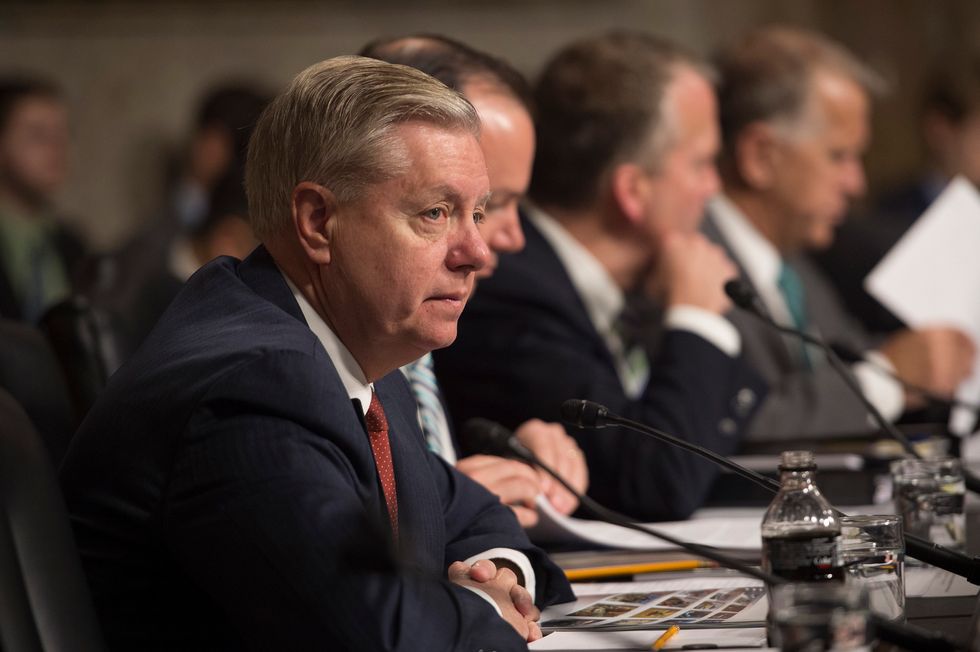 In the middle of Christine Blasey Ford's testimony Thursday about the attempted rape she says Supreme Court nominee Brett Kavanaugh carried out against her, Sen. Lindsey Graham found himself seeming to dismiss another woman's story of being raped.

During one of the recesses from the testimony, a woman approached Graham to say she has been raped, according to multiple reporters on the scene. In response, Graham said: “I’m so sorry...you needed to go to the cops,” according to NBC's Casey Hunt.

McClatchy's Emma Dumain described Graham's reaction as: "Abrupt, quick as [Graham] got into the elevator and the doors closed."

Robin Swirling identified herself on Twitter as the woman who spoke to Graham:

That was me! @LindseyGrahamSC said he did not believe Dr. Ford because she couldn’t recall the exact date of the as… https://t.co/HFX84nBs3M
— Robyn Swirling (@Robyn Swirling)1538068978.0

If @LindseyGrahamSC had paused to talk with me, instead of rushing into the elevator, I’d have told him the cops ca… https://t.co/3a0hRMANlJ
— Robyn Swirling (@Robyn Swirling)1538069910.0