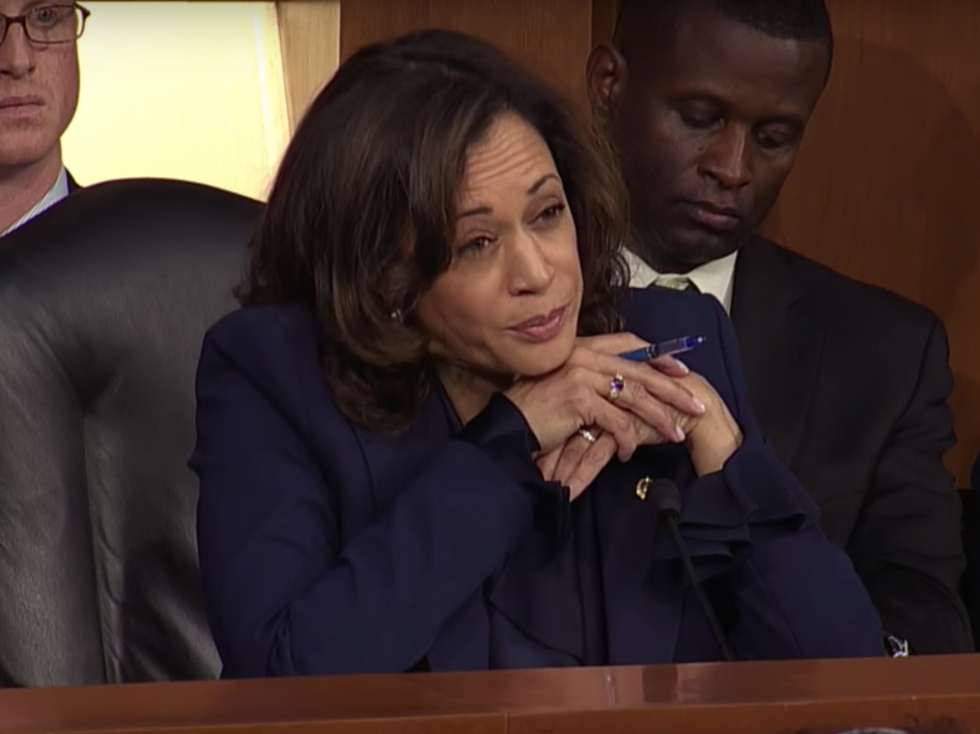 Sen. Kamala Harris (D-CA) pressed an intriguing line of questioning with Judge Brett Kavanaugh late Wednesday night in the ongoing hearings about his nomination to the Supreme Court — but she never got a straight answer.

"Have you discussed [special counsel Robert] Mueller or his investigation with anyone at Kasowitz, Benson and Torres, the law firm founded by Marc Kasowitz, President Trump's personal lawyer?" she asked.

Kavanaugh looked perplexed, and she continued: "Be sure about your answer, sir."

"Well, I'm not remembering, but if you have something you want to..." he said, trailing off.

Harris continued to press Kavanaugh on the matter, but he repeatedly hedged, saying he couldn't be sure without knowing everyone who worked at the firm.

"I'm asking you a very direct question," she said, but she still couldn't get an answer.

At one point, Sen. Mike Lee (R-UT) objected, saying the question wasn't fair given how many lawyers there are. Eventually, Harris was allowed to resume her line of questioning, but she received no better answer.

It's not clear what information Harris was trying to obtain or if she knows about the potential communications she was hinting at, but the exchange raised a lot more questions than answers.