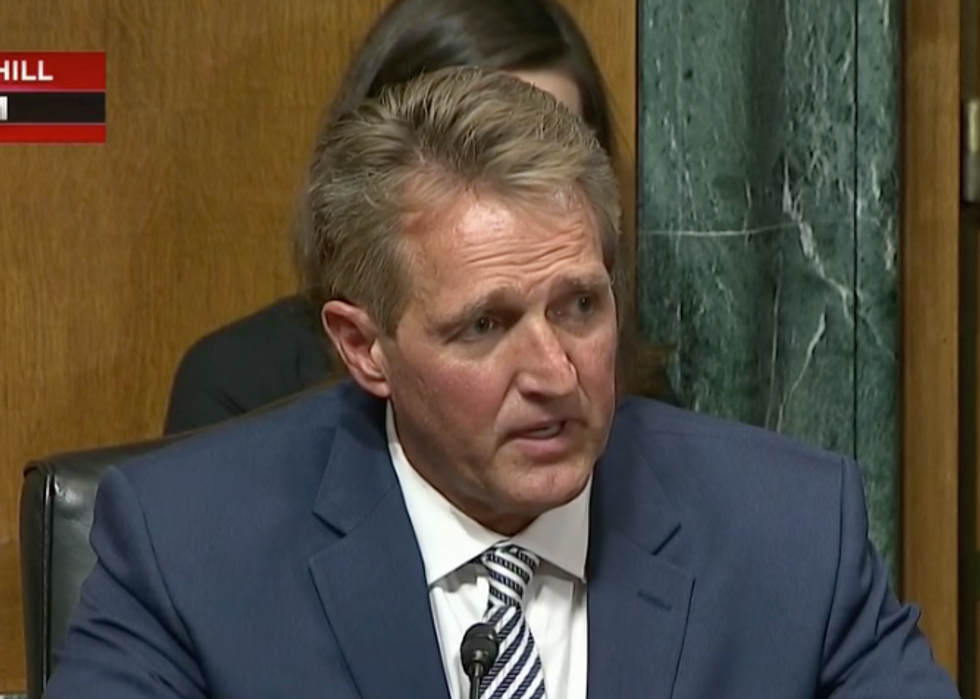 The Senate Judiciary Committee voted along party lines to approve Judge Brett Kavanaugh's Supreme Court nomination Friday afternoon, but with the caveat that Sen. Jeff Flake (R-AZ) announced that he wants a one-week investigation into the allegations of sexual assault against him.

However, there was initially confusion about what Flake was proposing. He clarified after the committee vote that he would only "feel comfortable" with a full vote in the Senate if the FBI conducted its investigation.

Ultimately, whether such an investigation is called before the full vote would fall to Senate Majority Leader Mitch McConnell and the White House. However, without Flake's vote, the Republicans could not lose another single vote and still be able to confirm Kavanaugh.

"This country is being ripped apart here," Flake said. "And we've got to make sure that we do due diligence."

He added: "We can have a short pause and make sure that the FBI can investigate."