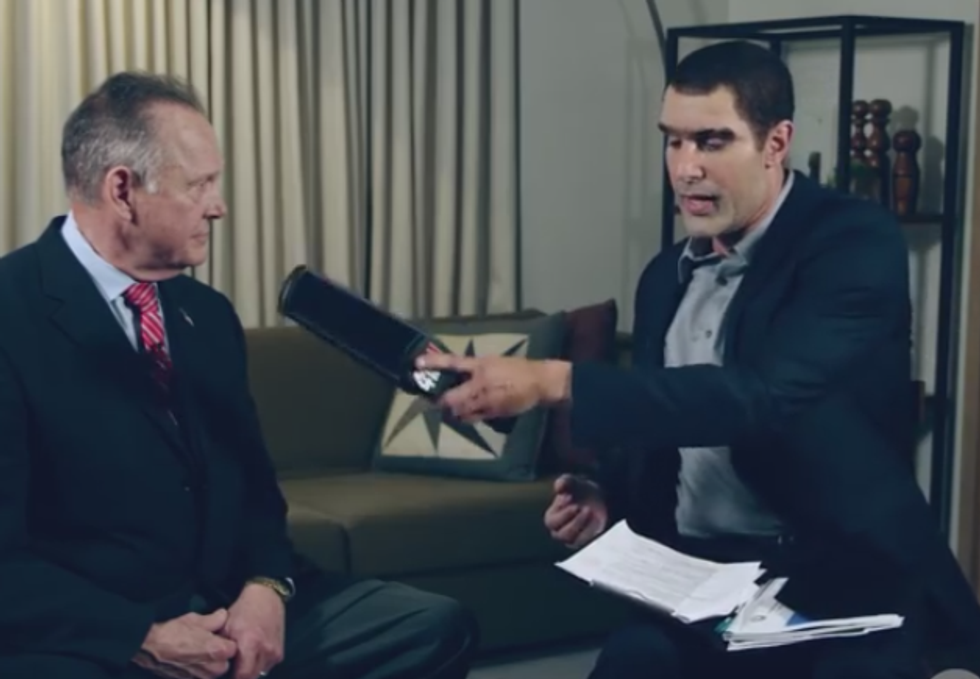 On Wednesday, former GOP Senate candidate and ex-Alabama Chief Justice Roy Moore sued comedian Sacha Baron Cohen over a prank he pulled on his show, "Who Is America?" The suit, filed in the U.S. District Court for the District of Columbia, also names Showtime and CBS as defendants.

Cohen had lured Moore onto the show with the claim he was to be presented with an award for his support of Israel. Then, disguised as a former Mossad intelligence agent and terrorism expert named "Erran Morad," Cohen interviewed Moore, passing over his body with what he said was a 'pedophile detector' that then started beeping:

"This false and fraudulent portrayal and mocking of Judge Moore as a sex offender, on national and international television, which was widely broadcast in this district on national television and worldwide, has severely harmed Judge Moore's reputation and caused him, Mrs. Moore, and his entire family severe emotional distress, as well as caused and will cause Plaintiffs financial damage," the lawsuit alleges.

Moore suffered a humiliating loss in the December special election for Attorney General Jeff Sessions' vacant Senate seat in Alabama, due largely to allegations he had molested several young women and teenage girls between 1977 and 1991. He is also suing one of the women who accused him, begging his supporters to donate $250,000 for his legal expenses.

Cohen has used his show to ambush numerous right-wing politicians, making frequent use of his "Morad" character.

In one episode, he tricked several congressmen and gun activists into endorsing a fictional firearms training program for preschoolers called "KinderGuardians." In another, he got Georgia State Rep. Jason Spencer to scream the N-word and drop his pants on camera, by telling him it would repel terrorists — a stunt that shortly forced Spencer to resign from office. Yet another episode saw Cohen "teach" gun activist Dan Roberts to survive a beheading by strapping on a sex toy and ordering him to suck it.