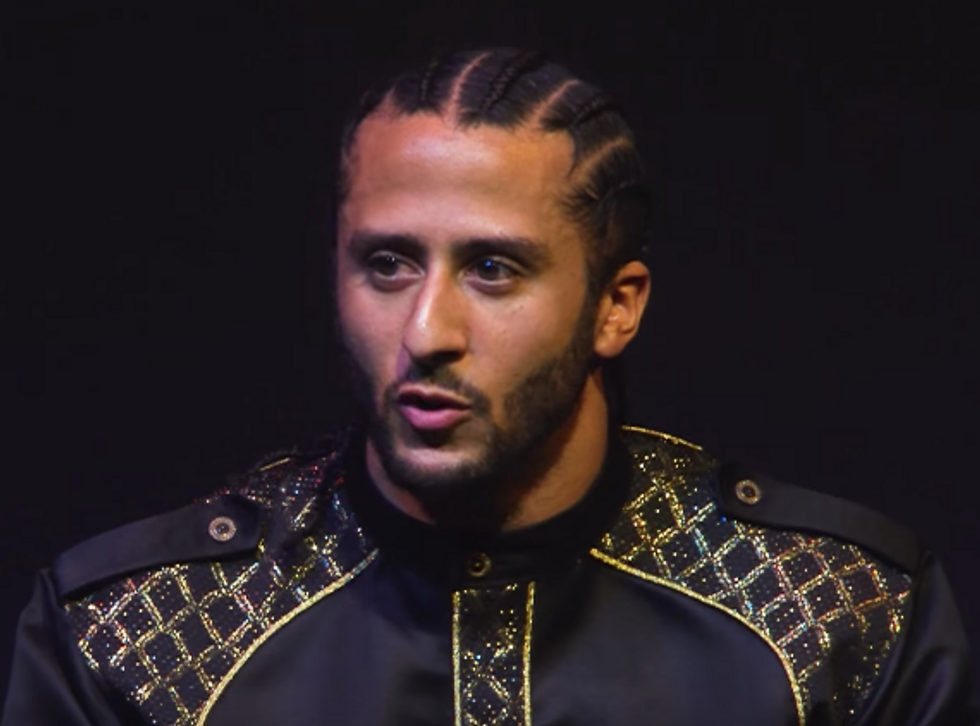 In response to Nike's new ad campaign featuring NFL quarterback Colin Kaepernick for the 30th anniversary of their "Just Do It" campaign, Republicans opposed to his protest of police brutality and civil rights injustice are furious, and have made #NikeBoycott trend on Twitter.

At least one angry conservative celebrity, however, seems severely confused about how boycotts work: Tennessee country music singer-songwriter John Rich, who responded to the campaign on Monday by posting this image:

In no time, the Internet began mocking Rich and his soundman for their childish protest:

The idea of wrecking one's own socks to protest an apparel company seems like it would hurt no one except the protestor. But at times, the protests of Republican activists have seemed hilariously self-defeating.

For instance, last November, after coffee machine maker Keurig pulled advertising from Sean Hannity's show to protest an interview with failed Alabama Senate candidate and accused child molester Roy Moore, Fox News viewers posted videos of themselves smashing their expensive coffee machines, in what they apparently thought was an act of revenge against a $14 billion company that already had their money. Even Hannity himself shortly told his fans to stop being so stupid.

Kaepernick has been a flashpoint of the civil rights debate after he kickstarted a movement of NFL players taking a knee during the playing of the National Anthem, to call attention to the killing of unarmed African-Americans by police.

Republicans have attacked players for kneeling, trying to claim it is disrespectful to the flag and to U.S. troops, even though the protests have nothing to do with either. President Donald Trump in particular has led the charge, even calling on club owners to fire players who kneel during the Anthem.

Kaepernick himself alleges in a grievance that the NFL has blackballed him from getting signed to a team since his protests began. Last week, an arbitrator ordered the grievance to go to trial.