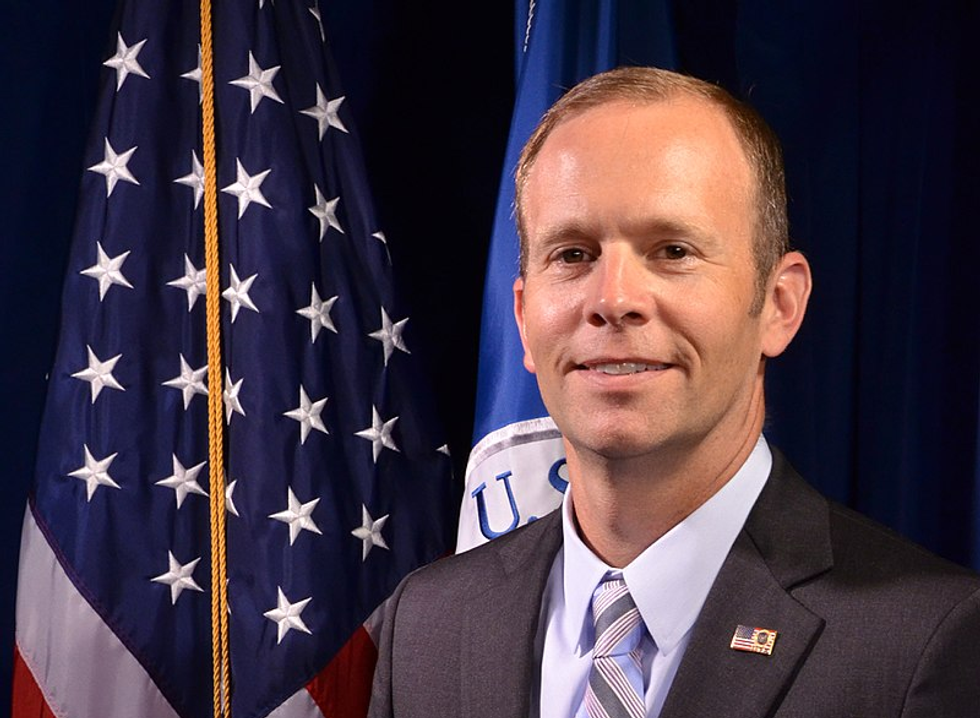 According to a new report in The Wall Street Journal, the Department of Homeland Security Office of the Inspector General has determined that President Donald Trump's head of the Federal Emergency Management Agency, Brock Long, has engaged in gross misuse of taxpayer funding and government vehicles:

President Trump’s top disaster official cost the government $151,000 through the unauthorized use of government vehicles that included travel to his home in North Carolina, according to an internal investigation.

Brock Long, the head of the Federal Emergency Management Agency, also relied on government vehicles and employees to drive him and his family around Hawaii during a trip that included official functions and a vacation, according to the Department of Homeland Security’s inspector general.

Mr. Long’s use of government vehicles and staff cost $94,000 in salary, $55,000 in travel expenditures and $2,000 in maintenance-related costs, according to a portion of the inspector general’s report obtained by The Wall Street Journal.

Following the release of the findings of the OIG investigation, whose existence was first reported two weeks ago, Homeland Security Secretary Kirstjen Nielsen has stated she will order Long to repay the government "as appropriate," and Long has stated he will "accept full responsibility for any mistakes that were made by me," although it is currently unclear what amount of these expenditures will be refunded.

Long, whose agency is currently tasked with assisting people affected by Hurricane Florence in the Carolinas, is the latest in a long line of Trump officials to come under scrutiny for ethics violations.

Former Health and Human Services Secretary Tom Price resigned amid questions about his use of chartered aircraft, and former EPA administrator Scott Pruitt left office amid a barrage of scandals surrounding his use of first-class seats, his international trips, his use of security detail to visit Disneyland and the Rose Bowl, his installation of a soundproof booth in his office, his acceptance of a $50-a-night condo rental from a lobbyist representing companies with business before his agency, his attempt to use his office to secure a Chick-Fil-A franchise for his wife, and his improper use of government staff for personal errands, including to find him a mattress and his favorite hotel lotion.

Interior Secretary Ryan Zinke and Housing and Urban Development Secretary Ben Carson have also been investigated for improper expenditures and use of government trips, and Commerce Secretary Wilbur Ross has faced complaints for holding stock in companies that could be affected by decisions in the administration.