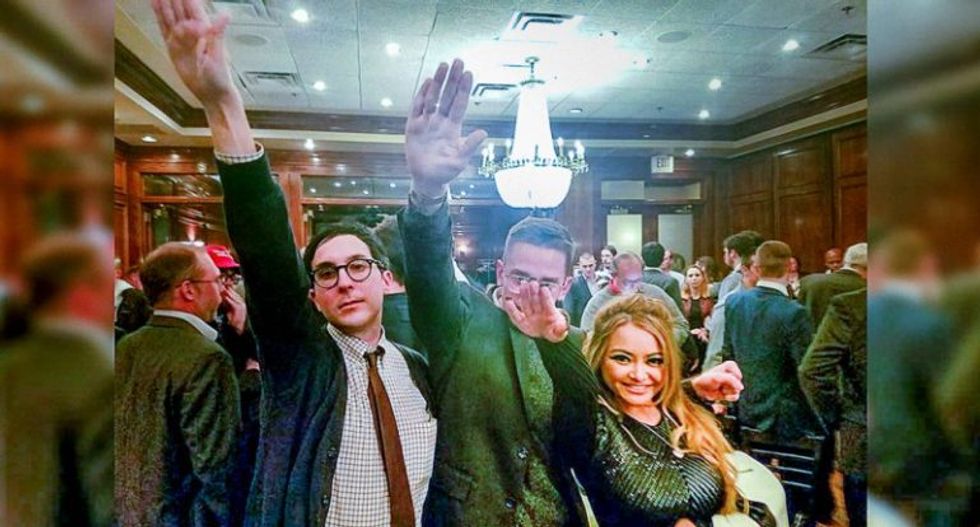 Whatever happens to Donald Trump, however long it takes before he’s out of office, there’s one area where it will be hard to stop the spread of his poisonous politics: his stoking of racial hatred.

Trump and Republicans keep trying to turn the murder of Iowa college student Mollie Tibbetts, allegedly done by an immigrant who may have been in the United States illegally, into a campaign issue, trying further to stir up anger and raise fears about immigrants among Trump’s base. But they conveniently ignore the murder of 18-year-old Nia Wilson on a BART train in Oakland, California, allegedly committed by a white supremacist.

Multiple reports and analyses show that the number of hate crimes against minorities have risen since Trump became president, and that the number started rising the day after the election in 2016. “There were more reported hate crimes on Nov. 9 than any other day in 2016, and the daily number of such incidents exceeded the level on Election Day for the next 10 days,” says a report from The Washington Post.

Even the increase in hate crime numbers is no doubt understated, because hate crimes are always underreported. But they have been rising all over the country, in cities, in small towns, and on college campuses, ever since Trump’s election. Victims encompass all minorities: African-American, Latino, Muslim, LGBT, Asian-American, and immigrants of multiple nationalities. Except, of course, for immigrants from Western European countries like Norway. Immigrants from “shithole countries” are obviously still fair game.

Over the last decade, extremists committed 387 murders in the United States, according to a report by the Anti-Defamation League. Of those, 71 percent were done by white supremacists and other right-wing extremists. Islamic extremists were responsible for only 26 percent.

When do hate crimes occur? There’s no shortage of bigoted remarks and bombastic insults at his campaign rallies, often rousing his supporters into shouts against whatever minority group he currently has in his cross hairs, whether that’s the media, immigrants, Muslims, or whatever his outrage du jour.

An online paper published on the Social Science Research Network found a pattern of an increase in anti-Muslim hate crimes after particularly virulent anti-Muslim tweets. From the paper’s abstract:

A commentary on the study in Scientific American cautioned that the link between Trump tweets and anti-Muslim hate crimes is correlational and not necessarily causal. Still, the researchers “point out that their findings are consistent with the idea that Trump’s presidency has made it more socially acceptable for many people to express prejudicial or hateful views that they already possessed prior to his election.”

Making such prejudicial and hateful views “socially acceptable” is the crux of the problem. We all know that racism exists and always has existed. With Trump’s ascendancy, people with those racist views have ripped away the layer of social responsibility, giving them (in their own eyes) permission to express racism openly, with little fear of repercussion. The abundance of cell phone videos distributed on social media showing insults, harassment, arrests, attacks, and even some killings illustrates the fact that harassment toward people who are merely #LivingWhileBlack is an everyday occurrence.

A Washington Post column by editorial page editor Fred Hiatt called Trump’s willingness to play up racial fears to his base “The wound that may long outlive Donald Trump.”

Though Trump and Fox News fearmonger Tucker Carlson will always be able to find inflammatory cases of young white women killed by sinister brown men, studies overwhelmingly show that immigrants, including illegal immigrants, commit crime at far lower rates than do native-born citizens. As the percentage of foreign-born increased in the United States from 7 percent to 13 percent between 1990 and 2013, violent crime rates fell 48 percent.

Politically, though, what matters is the first statistic — the increase in foreign-born. [...]

The always fraught challenge of incorporating this generation of immigrants — assimilating, learning from, being enriched by — will be that much harder and take that much longer. It will happen; most of those people are not going away, no matter how much Trump dreams of deportation, and the country’s adaptive genius will be stronger than the Trump poison.

But the poison will linger. And when history considers how the Mitch McConnells and Paul Ryans acquiesced to Trump’s many depredations, it will be their failure to stand up for respect and tolerance between one human being and another that will be judged most harshly.

Since he stepped on the political stage, Donald Trump has electrified the radical right. Through his words and actions, he continues to deliver for what he clearly sees as his core constituency. As a consequence, we’ve seen a rise in hate crimes, street violence and large public actions organized by white supremacist groups that have been further emboldened by the president’s statements about “shithole countries” and his policies targeting refugees and immigrants of color.

Nothing will stop Trump from exploiting the racial and ethnic fear and hatred he has espoused for decades and brought out into the open when he descended that escalator in Trump Tower in June 2015, spouting nonsense about Mexico sending rapists and drug dealers to the U.S. Nothing will stop his base from cheering about a nonsensical wall that will never be built (and Mexico certainly will never pay for). Nothing will stop him from discarding the dog whistle and grabbing a bullhorn in his racist tweets and shouts.