President Trump Claims His Favorability Would Be Much Higher if Not for the Mueller Probe: Here Are 5 Reasons Why That Isn't True 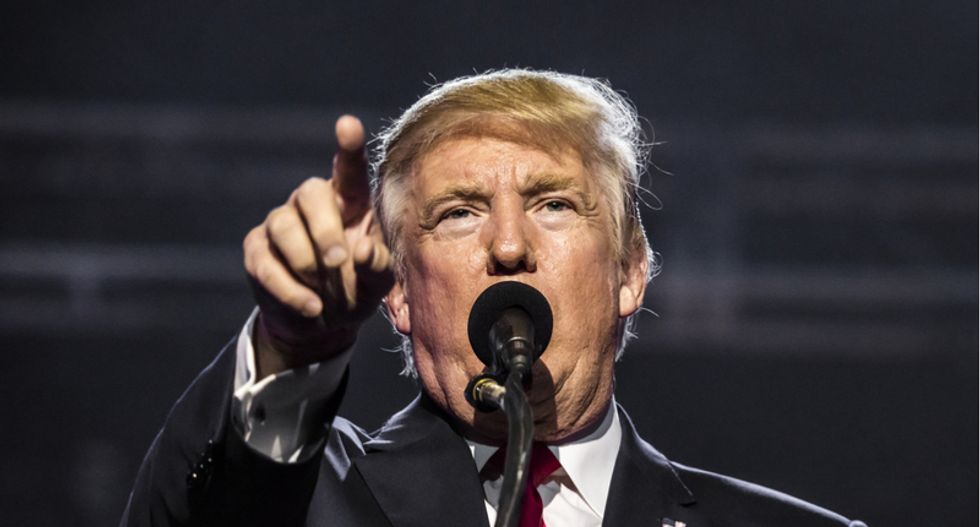 President Donald Trump has been bombarded with terrible poll numbers in recent weeks, but in a September 15 tweet, the president didn’t see it that way. In Trump’s view, his poll numbers are “good” but would be much higher were it not for the Russia-related investigation of Special Counsel Robert Mueller.

On Twitter, Trump posted, “While my (our) poll numbers are good, with the Economy being the best ever, if it weren’t for the Rigged Russian Witch Hunt, they would be 25 points higher! Highly conflicted Bob Mueller & the 17 Angry Democrats are using this Phony issue to hurt us in the Midterms. No Collusion!”

It was a ridiculous tweet in more ways than one. First, Trump paints Mueller as a Democratic Party operative—never mind the fact that the former FBI head is a right-wing Republican who was appointed by President George W. Bush in 2001. Second, Trump’s polls numbers are by no means “good,” especially with the midterms only seven weeks away. And the bad news goes way beyond the president’s overall approval ratings: from lack of support among women to favorable responses to Mueller’s investigation, recent polls are looking bad for Trump in multiple ways.

Here are five of the ways in which recent polls have been so negative for President Trump.

Trump’s overall approval ratings have been bad, including 40% according to USA Today/Suffolk University and 39% according to NPR/Marist. But among female voters, they are especially bad. For example, an ABC News/Washington Post poll released on September 4, 66% of female voters disapproved of Trump’s performance as president. And how well Republicans perform on November 6 will have a lot to do with who actually shows up at the polls. Trump still enjoys strong support among his hardcore base—generally, older white males in rural areas who are socially and fiscally conservative—but if women vote in huge numbers in the midterms (especially women of color and younger women in more Democratic areas), Republican candidates could be in trouble.

A CNN poll, conducted by SSRS and released on September 12, found that 47% of Americans believe that Trump should be impeached and removed from office. That is a 9% increase from June, when CNN found that 38% favored impeachment. Meanwhile, an Axios/SurveyMonkey poll from late August found 44% support for impeachment. The Washington Post, in fact, has reported that when it comes to impeachment, Trump is faring even worse among voters than President Richard Nixon was in January 1974—when the U.S. was well into the Watergate scandal. According to the Washington Post, voters’ appetite for impeaching Trump is higher than what Nixon faced in January 1974.

While Trump has nothing but disdain for Mueller, most Americans don’t share that view. A recent ABC News/Washington Post poll asked the following question: “do you support or oppose the investigation of Trump and his associates by Special counsel Robert Mueller?” And 63% of those who responded supported the investigation, while 52% supported it “strongly.” Opposition to Mueller’s investigation, however, was only 29%. Meanwhile, CNN recently found found that 61% of Americans support the investigation and consider it an important matter rather than a frivolous attempt to discredit Trump.

Any Democrats who doubt for a minute the importance of the African-American vote to their party should take a very close look at Trump’s poll numbers in the black community. In recent months, Trump’s support among blacks has been, on average, around 10-15% (Gallup), 13% (YouGov/The Economist) and 9% (Quinnipiac). Hip-hop superstar Kanye West, a Trump supporter, is the exception rather than the rule in the African-American community; Trump’s overall approval ratings among black voters are abysmal—which explains why Republicans have been going out of their way to suppress the black vote.

5. The Generic Ballot Favors Democrats in Poll After Poll

Republicans have tremendous discipline as a party and can be great at making the best out of a bad situation, which means getting their hardcore supporters to the polls in huge numbers—and unfortunately, the Democratic base doesn’t vote as consistently as the GOP base. But if Democrats can drive turnout as aggressively as possible on November 6, they will have a definite advantage in the generic ballot. Poll after poll in September has shown a Democratic advantage over Republicans in the generic ballot—and those advantages include 8% (Harris Interactive or Ipsos), 12% (Morning Consult), 12% (Quinnipiac or Maris College) and 9% (CNN).