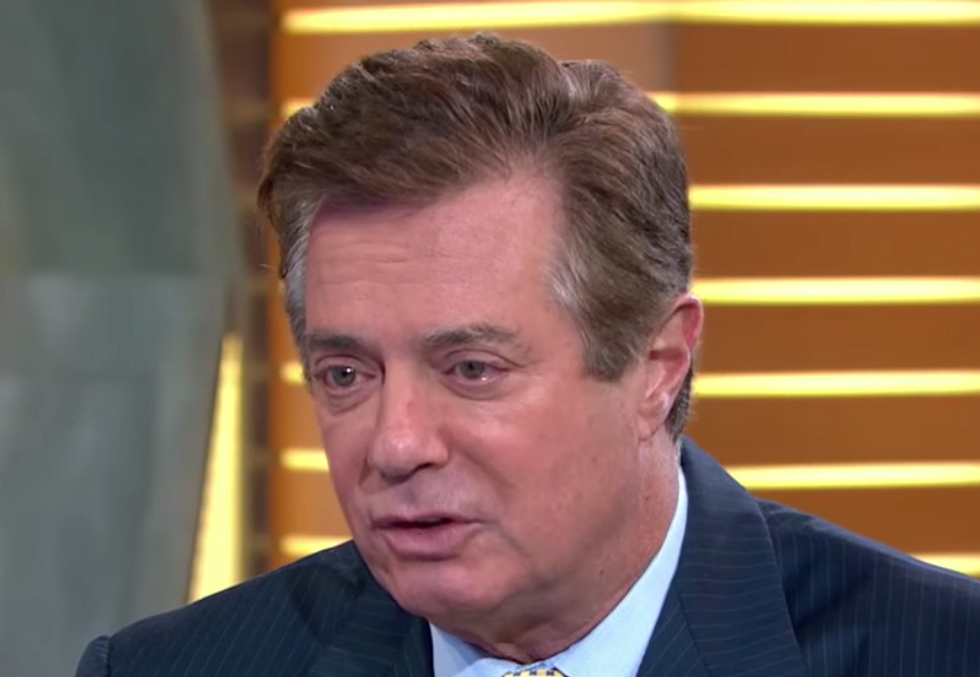 NBC News is reporting that former Trump campaign manager Paul Manafort has agreed to plead guilty to federal conspiracy and obstruction of justice charges. As part of the plea deal, Manafort will forfeit properties in and around New York City as well as in Alexandria, Virginia. It remains unclear, as of 11:30 a.m. EST, whether or not Manafort will be flipping on President Donald Trump and cooperating in Special Counsel Robert Mueller’s Russia-related investigation. But NBC News is reporting on the details of the charging document against Manafort, including his work for Ukrainian politician Viktor Yanukovych—and according to NBC News, Manafort “privately coordinated with an unnamed senior Israeli official” in order to discredit, in 2010, Yanukovych’s political opponent, Yulia Tymoshenko (who served as Ukraine’s prime minister from 2007-2010).

In 2010, the year Yanukovych was elected president of Ukraine, he ran against Tymoshenko—and part of Manafort’s anti-Tymoshenko work, according to the charging document, included undermining Tymoshenko in the U.S. by painting her as anti-Semitic and having a neo-Nazi connection. The unnamed Israeli official, NBC News is reporting, joined forces with Manafort to have “Obama Jews” pressure the Obama Administration into disavowing Tymoshenko. And according to the charging document, Manafort said of the anti-Tymoshenko allegations, “I have someone pushing it on the NY Post. Bada bing bada boom.”

According to the charging document, “Manafort sought to have the (Barack Obama) Administration understand that ‘the Jewish community will take this out on Obama on Election Day if he does nothing.’”