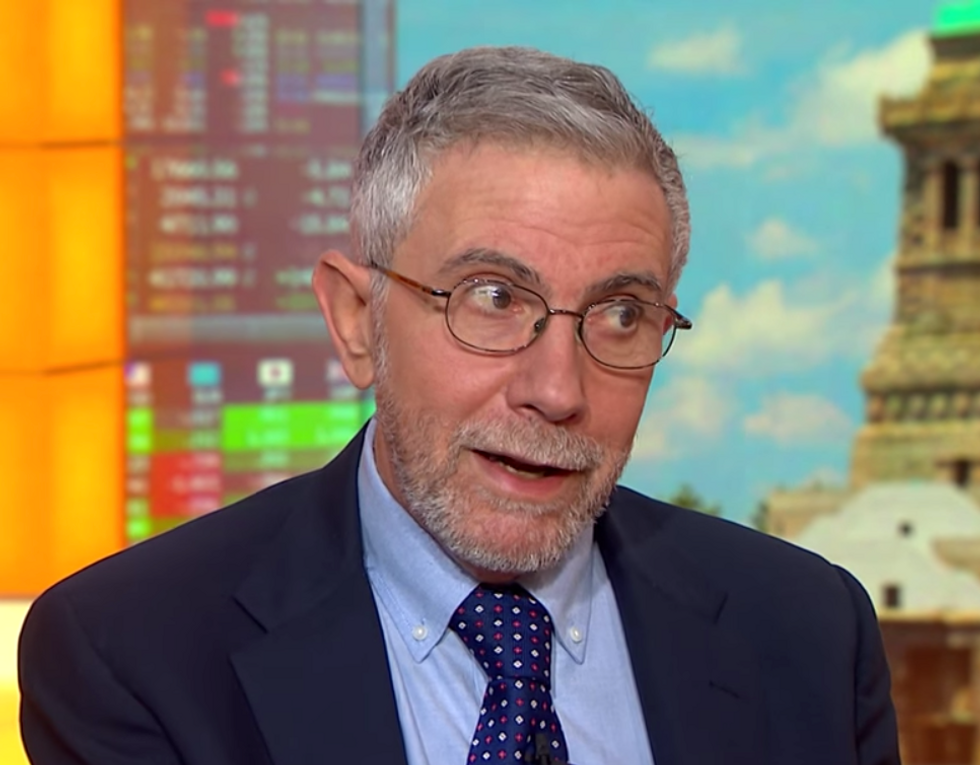 Judge Brett Kavanaugh's Senate hearings are not going smoothly, but most observers think he's destined to get confirmed by the GOP-dominated chamber regardless. And in Paul Krugman's estimation, that result is a serious threat to the legitimacy of one of the country's most central institutions.

"After all, if Kavanaugh is confirmed, we will be trying to navigate a turbulent era in American politics with a Supreme Court in which two seats were effectively stolen," Krugman writes in a New York Times op-ed. "First Republicans refused even to give President Barack Obama’s nominee so much as a hearing; then they will have filled two positions with nominees chosen by a president who lost the popular vote and eked out an Electoral College win only with aid from a hostile foreign power."

He fears that once on the court, Kavanaugh and the other justice will "abuse their power."

It is suspicious, Krugman argues, that the GOP is appearing to rush through the hearings while hiding many of his documents. And the judge's long history as a Republican partisan raises serious questions about his qualifications for the high court.

Once in power, Kavanaugh could likely become the decisive vote protecting Trump from legal or congressional scrutiny or the tie-breaker in a ruling knocking down a Democratic president's signature initiative.

At one point, Krugman argues that once he's nominated the court may quickly move to find a reason to say Obamacare is unconstitutional. However, this claim seems like a stretch. Chief Justice John Roberts has already once sided with the court's liberals to uphold the law — there's no reason to think he wouldn't do that again after Kavanaugh's confirmation.

Krugman concluded with a plea to the Senate to put a stop to the nomination. With all the clouds surrounding Trump's presidency, the election, and the Supreme Court nomination process, he argued, there's too much at risk.

"A vote for Kavanaugh will be a vote to destroy the legitimacy of one of the last federal institutions standing," he wrote.