'Out of Control': Brett Kavanaugh Stuns Observers with Furious Opening Statement Revealing Himself as a Right-Wing Operative 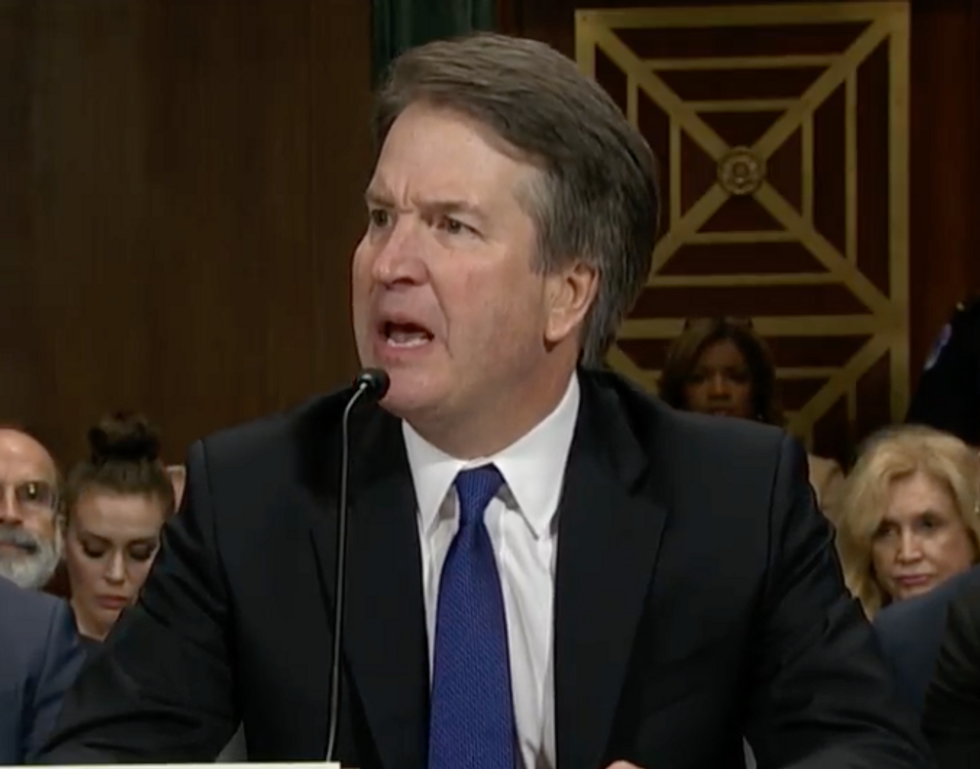 Judge Brett Kavanaugh came out swinging Thursday when he testified to the Senate Judiciary Committee about the allegations of sexual assault brought against him.

He furiously denied the allegations against him and denounced the attacks he has received from Democrats and "the left." Abandoning the typical neutrality that Supreme Court nominees typically display throughout their hearings, Kavanaugh disparaged the entire process he has been through and warned that the situation could get worse. The anger he displayed at his political opponents reflected his history as a Republican operative, who worked both in President George W. Bush's White House and on the Ken Starr investigation of President Bill Clinton.

He said the attacks against him stem in part from anger at President Donald Trump and Hillary Clinton's electoral loss. At one point, he said the opposition to him is “revenge on behalf of the Clintons.”

“This whole two-week effort has been a calculated and orchestrated political hit," said Kavanaugh. "This is a circus. The consequences will extend long past my nomination.”

He also lashed out at several Democrats senators. He decried one comment from a senator who he said called him "evil" and another who warned his placement on the Supreme Court could lead to millions of deaths.

Many observers noted that Kavanaugh's emotional display was an unexpected turn.

"The angry thing is suggesting that he can get out of control," said conservative writer Jennifer Rubin. "Not a good connection. His roommate said he got 'aggressive and belligerent' YIKES."

Watch a clip below of his testimony:

Judge Kavanaugh: “This whole two-week effort has been a calculated and orchestrated political hit … This is a circu… https://t.co/oZvEjNsOve
— MSNBC (@MSNBC)1538076284.0