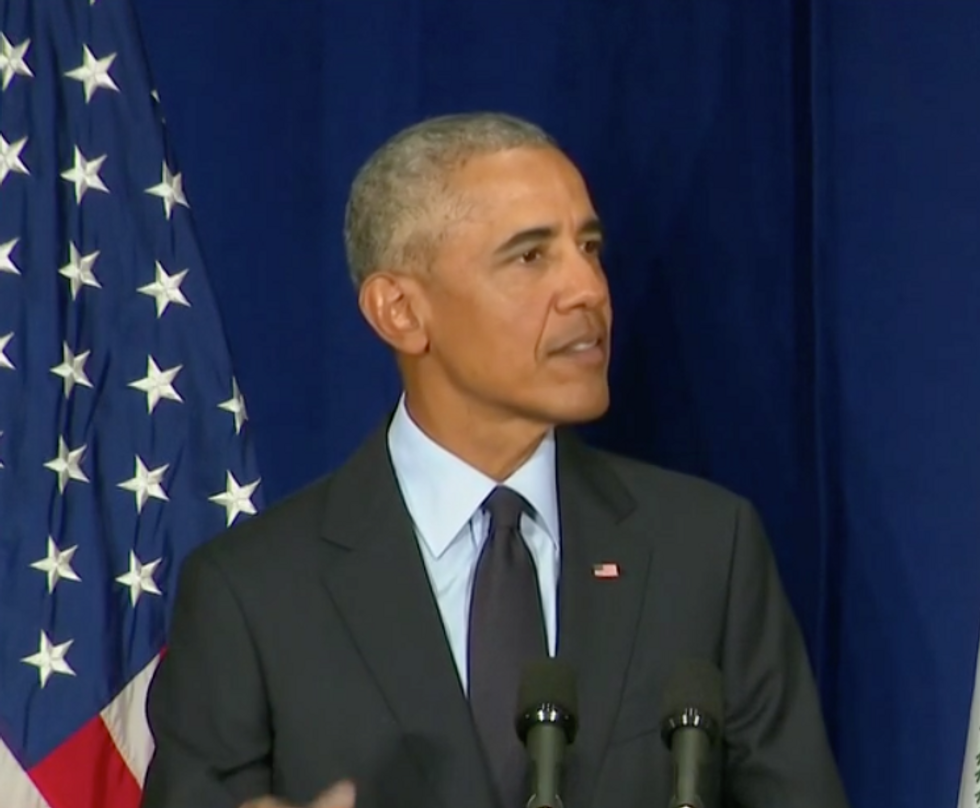 Former President Barack Obama issued a direct criticism of President Donald Trump Friday at a speech in Illinois, an unexpected moment for a man who has been hesitant to criticize his successor.

In discussing the problems of progress and regression in American politics — and the way politicians can use fear of change to circumvent the fulfillment of American values — he mentioned the president by name.

Each time we painstakingly pull ourselves close to our founding ideals: that all of us are created equal, endowed by our creator with certain unalienable rights, the ideals that say every child should have opporunity and every man and woman in this country who's willing to work hard should be able to find a job support a family and pursue their small piece of the American dream, our ideals that say we have collective responsibility to care for the sick and the infirm, and we have a responsibility to conserve the amazing bounty, the natural resources of this country and this planet for future generations Each time we've gotten closer to those ideals, somebody somewhere pushes back. The status quo pushes back.

He continued: "It did not start with Donald Trump. He is a symptom, not the cause. He’s just capitalizing on resentments that politicians have been fanning for years."

On these words, the crowd broke into applause.

The former president also direct aim at Trump and the GOP's foreign policy, particularly with regard to Russia.

"What happened to the Republican Party?" he asked. "Its central organizing principle in foreign policy was the fight against Communism, and now they're cozying up to the former head of the KGB."

Obama added: "These are extraordinary times. And they're dangerous times.”

Appearing to offer an opinion in the accusations of obstruction of justice against Trump, Obama said: "It should not be a partisan issue to say that we do not pressure the attorney general or the FBI to use the criminal justice system as a cudgel to punish our political opponents."