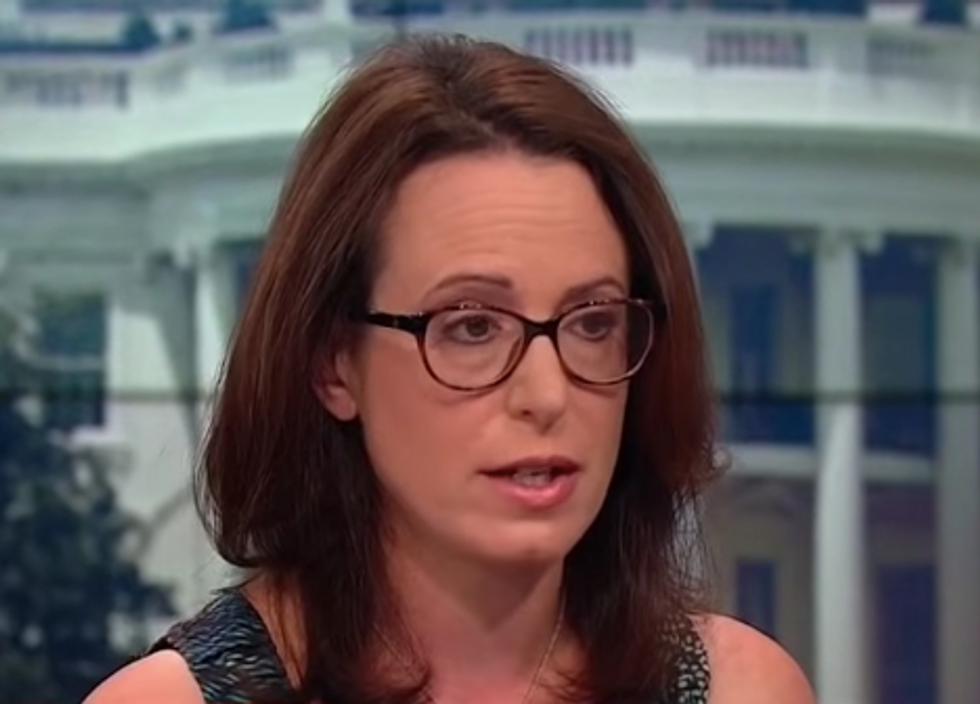 Donald Trump abruptly canceled his Labor Day plans on Monday, returning to the West Wing after he was dressed and ready to spend his holiday golfing. The Secret Service and press pool had been loaded into their motorcade, and were all send away after the president went back inside to “make phone calls.”

“Maybe he had the wrong shoes,” Haberman joked. “It’s very strange for him to do what he did. It’s strange for them to pack everyone in cars and then get out of them and call the whole thing off and say ‘we’re done for the day.’ The speculation is anything from some kind of military significance to anything related to the Mueller case. I can’t imagine anything related to the Mueller case on Labor Day.”

Haberman said that it’s another sign of Trump’s moodiness.

“What I think was clear from his tweeting and what I have heard from people around the White House is he is rather unhappy these days,” she said. “You had one week of Michael Cohen guilty plea and Paul Manafort verdict followed by a week of tributes to John McCain that we know got under the president’s skin and John McCain designed his own funeral service as the final word with this president and that got to him.”

McCain’s funeral seemed designed to trigger Trump by making him feel like all of his enemies were united against him.

“If this president needed proof that the world is conspiring against him, which he looks for, this was it,” Haberman said.