With Nation Transfixed By Kavanaugh Monstrosity, House GOP Votes to Give Rich Another $3 Trillion in Tax Cuts 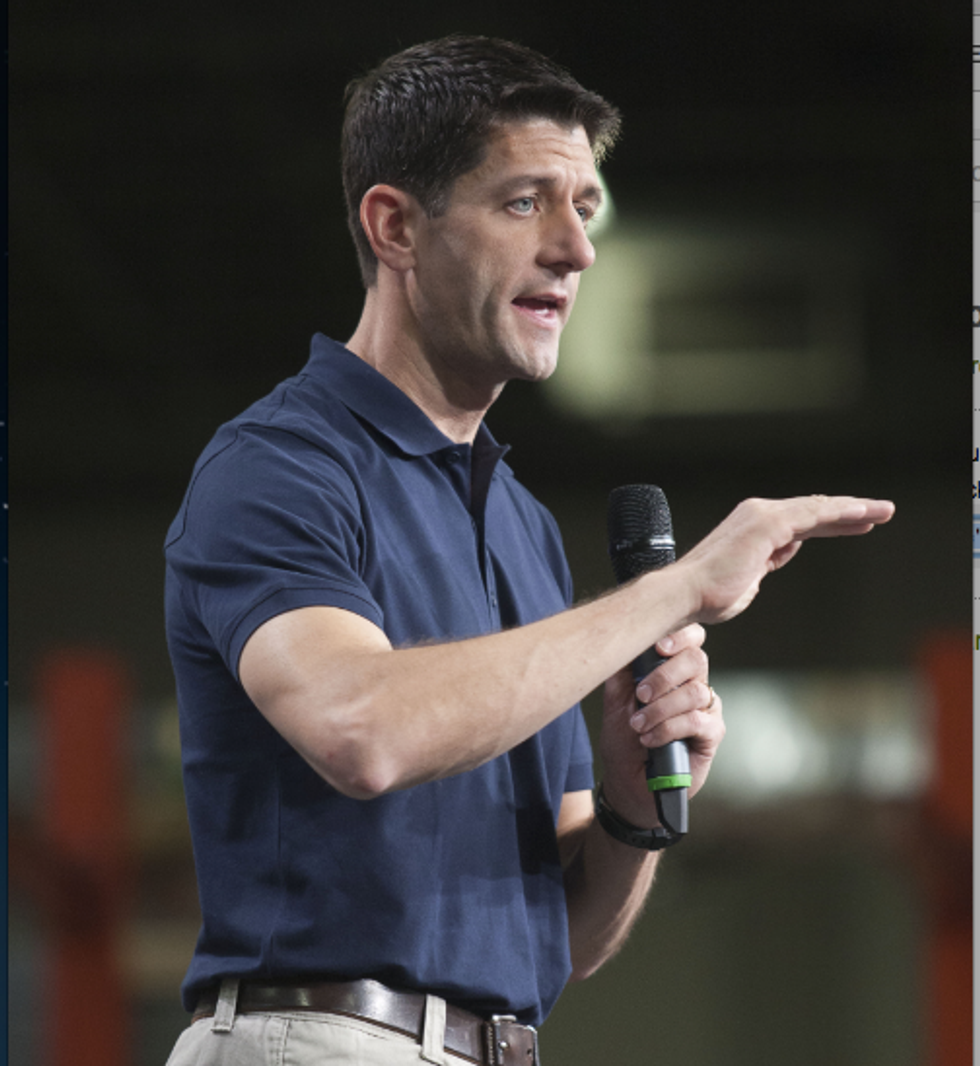 With the nation's attention rightly transfixed by the Senate GOP's monstrous efforts to ram through a Supreme Court nominee who has been credibly accused by multiple women of sexual assault, House Republicans on Friday voted overwhelmingly to approve another $3 trillion in tax cuts for the wealthiest Americans just weeks before the November midterms.

"In less than a year, House Republicans have handed out trillions of tax cuts for the wealthy and big corporations. Now, middle class families are on the hook for higher healthcare costs, and Medicare and Social Security on the chopping block."
—Rep. Richard Neal

"Today the GOP doubled down on last year's giveaway to the donor class known as the Tax Cuts and Jobs Act," Morris Pearl, chair of the Patriotic Millionaires, said in a statement following the 220-191 vote. "Tax Cuts 2.0 gives nearly $3 trillion to the wealthiest Americans, and will become yet another excuse for Republicans to slash Medicare and Social Security."

"In less than a year, House Republicans have handed out trillions of tax cuts for the wealthy and big corporations," added Rep. Richard Neal (D-Mass.), ranking member of the House Ways and Means Committee. "Now, middle class families are on the hook for higher healthcare costs, and Medicare and Social Security on the chopping block."

According to the an analysis by the nonpartisan Tax Policy Center (TPC), the House GOP's measure—which progressive critics have denounced as "Tax Scam 2.0"—would send the vast majority of benefits to the very top.

"The American people are already paying too high a price for the GOP's blatant disregard for our families and our economy," Ryan Thomas of the Not One Penny coalition said in a statement on Friday. "This is yet another shameful tax law that would swindle working families and siphon even more funding from the programs that help our communities thrive—all in order to give more tax breaks to millionaires and billionaires and wealthy corporations."

"Today's vote is yet another call for us to end the culture of corruption endemic in the Republican Party," Thomas concluded. "The GOP believes they can continue to put the wants of the wealthiest people and corporations above the needs of the American people—but the American people are watching and we will hold them accountable."