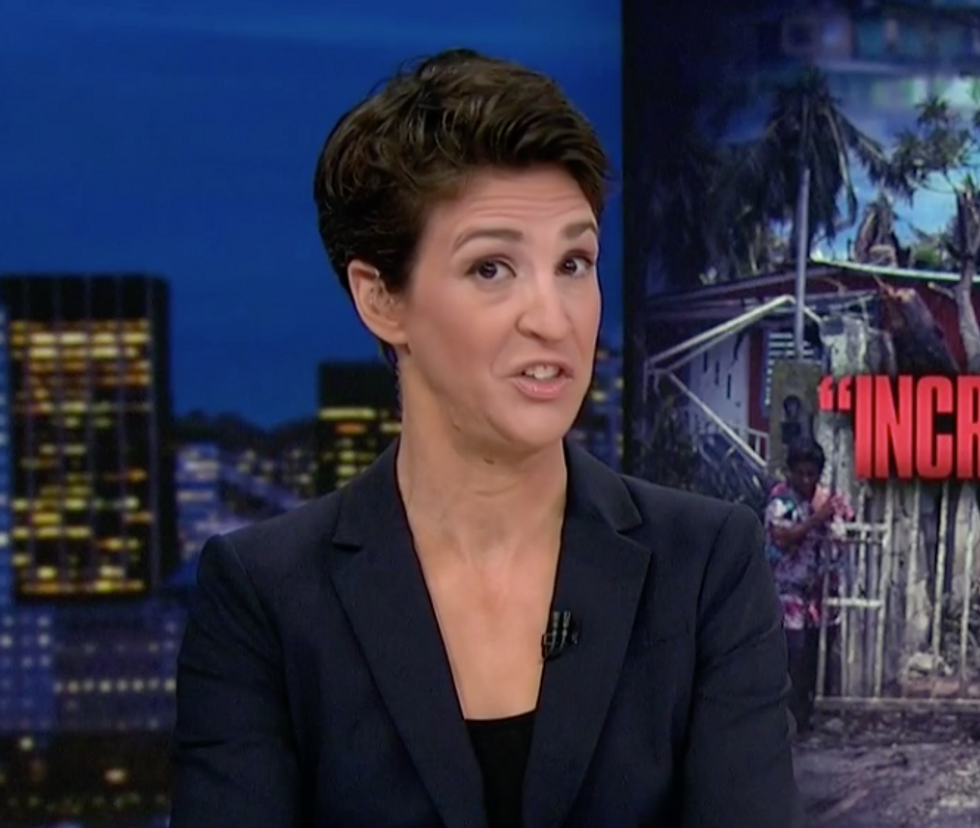 The news, breaking just as Hurricane Florence threatens to wreak havoc on the East Coast, is stunning given the extreme devastation brought by last year's hurricane season. A recent report found that Hurricane Maria in 2017 killed nearly 3,000 people in Puerto Rico after a federal response that faced heavy criticism.

Earlier in the day, Trump called the response in Puerto Rico an "unsung success" of his administration.

According to Maddow, the Department of Homeland Security, which contains both ICE and FEMA, confirmed the validity of the documents, though it said the funds taken from FEMA did not come from disaster relief budgets. However, Merkley disputed this claim, citing lines in the documents that appear to directly cite emergency response funds.