MSNBC’s Morning Joe Says He's Close to Confirming Anonymous Op-Ed Writer: ‘That Name Is Slowly But Surely Getting Around’ 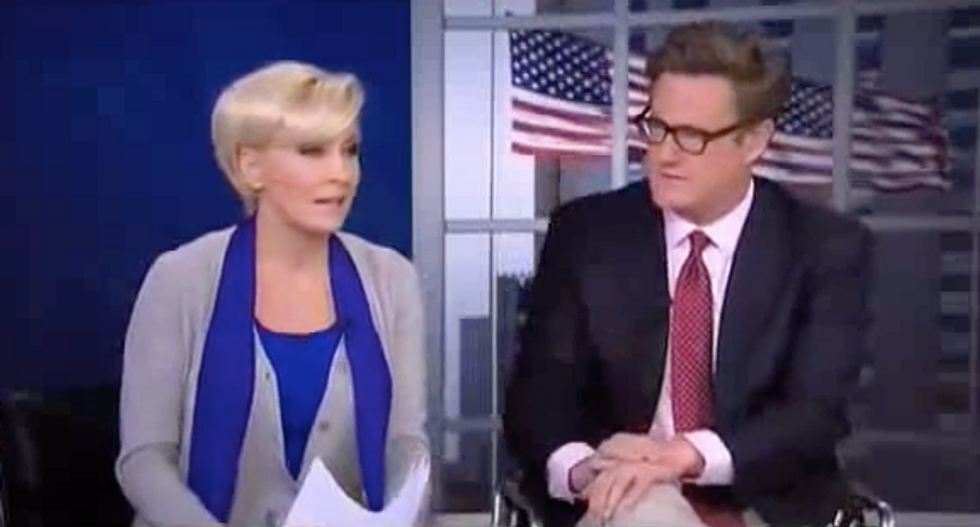 MSNBC’s Joe Scarborough said his colleagues are close to identifying the author of an explosive New York Times op-ed describing a chaotic and dysfunctional White House — but warned the revelation could be underwhelming.

The newspaper granted anonymity to the writer, who was described only as a “senior White House official,” and Scarborough said that title may be somewhat generous.

“I will say that there are a lot of people that were expecting it to be a marquee name,” Scarborough said.

Last week, Scarborough and his “Morning Joe” panelists seemed to agree that White House counselor Kellyanne Conway wrote the op-ed, but he said Monday that co-host Willie Geist was close to confirming someone else was the author.

“Willie had a pretty good source that suggested that it wasn’t someone that the country knows and actually has the name,” Scarborough said. “We won’t say it here today, but — but that name is slowly but surely getting around in Washington, D.C.”

Scarborough asked Times reporter Nick Confessore, an MSNBC contributor, whether the newspaper had overplayed their hand.

“I don’t speak for the paper, but, yeah, I would say that I would hope and I expect and I’m sure that my colleagues on the op-ed page would not use the phrase ‘senior administration official’ if it was not an actual senior person,” Confessore said.

“But that said that still leaves a fairly wide number of people,” he continued. “So if you adopt a strict definition of senior administration official, it’s still dozens or 100 people that it could be, which is why it’s a good use in news stories, as well, that we often use to mask identities or have a source attribution. But hopefully it is a person who merits that title.”