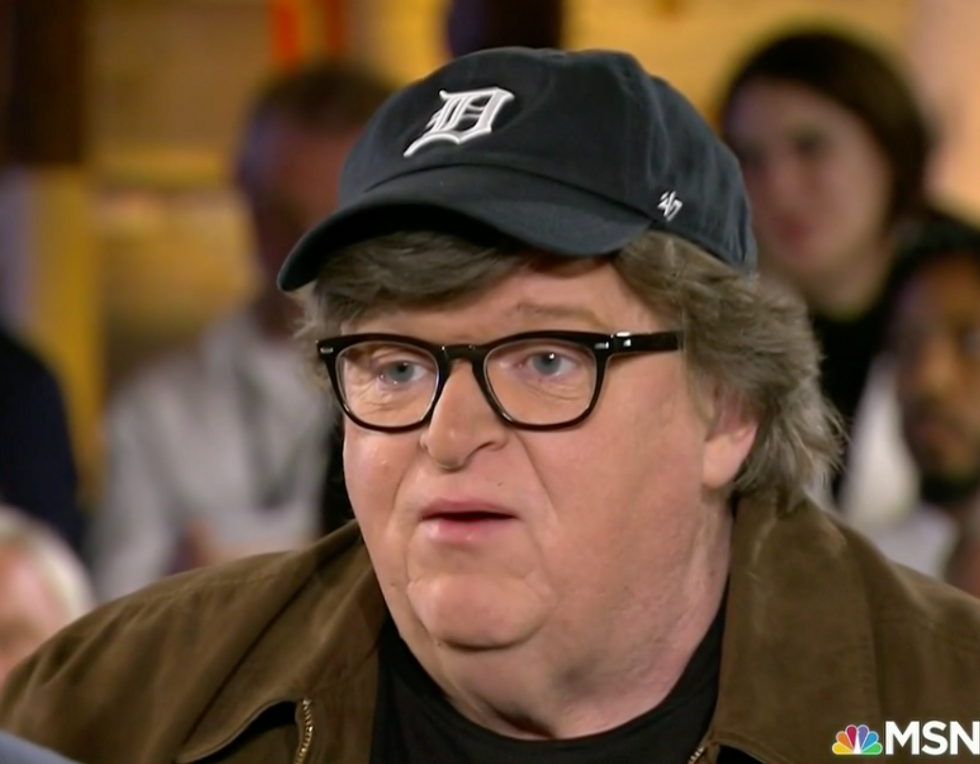 With a new, dark documentary about the state of the country coming under President Donald Trump coming out soon, Michael Moore appeared with MSNBC's Chris Hayes Wednesday night to promote the film.

At the end of the promo for the film, the clip closes with a picture of Trump and the words: "Ladies and gentlemen, the last president of the United States."

"I think it's possible, absolutely," Moore said. "I think that we have someone in the White House who has no respect for the rule of law, who dislikes democracy by an incredible degree, which doesn't make him really any that much different from other billionaires or CEOs because their businesses are not democracies. They rule by fiat. They decide, they make the calls and they don't like anybody else having a say. They also like to take home the bulk of the money."

He added: "It's more dangerous with [Trump] because he has a complete lack of ideology."

"You think it's more dangerous because he doesn't believe in anything?" asked Hayes.

"Absolutely," said Moore. "People say to me, well, if we impeach Trump, we'll have Pence. I go: 'Great, at least he believes in something.'"