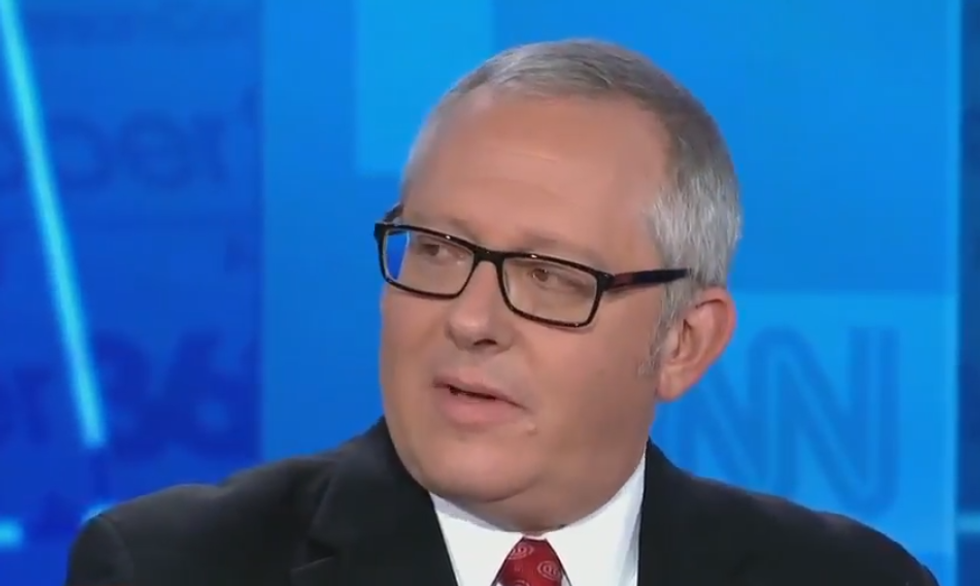 Wednesday's New York Times op-ed by an anonymous senior administration official claiming to be engaging in subterfuge of President Donald Trump was not, all things considered, actually that courageous or bold. But if its intended effect was to outrage Trump and his loyalists, it succeeded.

"I gotta tell you, this scares the living daylights out of me," said Caputo. "This is the New York Times, who — we spoke earlier about this — who really talked a lot about and discussed and published the Pentagon Papers. There is somebody working for the President of the United States at a very senior level who is trying to destroy him. And of course, you might call it a witch hunt, I'd call it something very similar that rhymes with that."

"But this is really disturbing," he continued. "You don't take the coin of the realm and then betray the trust of the President of the United States. In addition, the working men and women of America, we know that the bravest and the brightest of this nation, they don't, you know, stab their boss in the back and complain about them anonymously. I'm furious about this. And I think that this anonymous op-ed writer must be found, must be fired, must be investigated. And if they've leaked classified information or something in the past, they must be prosecuted and jailed!"

But it is not only Caputo and Trump loyalists who are upset. A number of Trump's opponents have also said it was cowardly for this official to make claims like this anonymously, triggering Trump's wrath with no real fear of retribution or responsibility to do anything — a point Caputo's fellow guest and Democratic strategist Paul Begala made.

"I loved every word of [the op-ed] except one: anonymous," said Begala. "Michael's exactly right about that. Sarah Sanders is right. This person should have the guts to stand up. If he or she believes the president is a threat to the nation, he or she should stand up and say so, so that we can act on it."