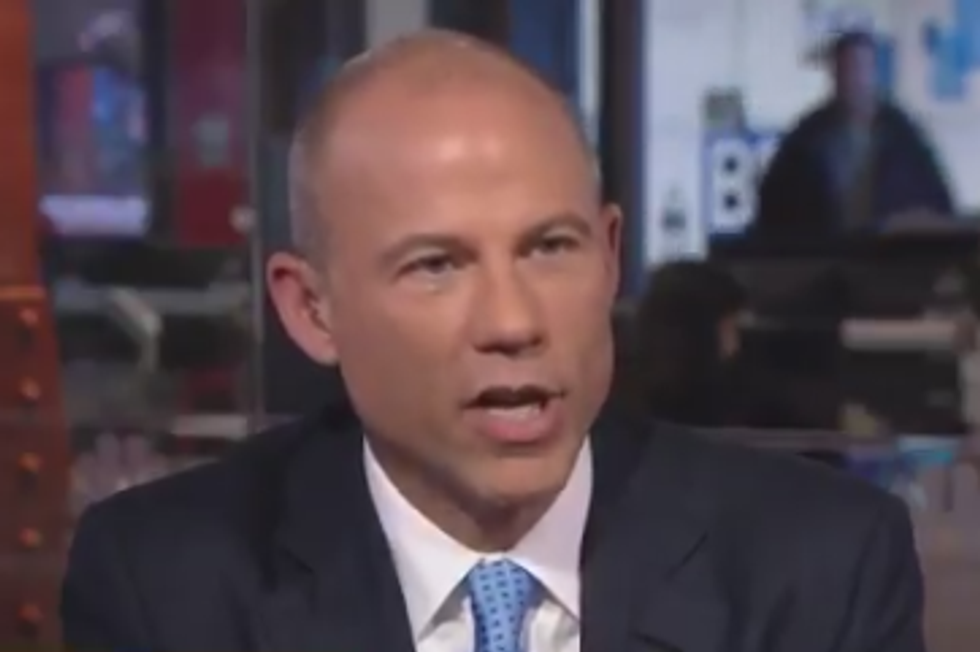 With the agreement dead and Trump no longer prepared to pursue the arbitration, Daniels has won a total and complete victory over Trump, who together with Cohen made a $130,000 hush payment to the actress to cover up his extramarital affair with her in the run-up to the 2016 presidential election.

On MSNBC's The Beat with Ari Melber, Daniels' attorney Michael Avenatti took a moment to excoriate Sanders for claiming that Trump had won the dispute in private settlement.

"This is a never-ending bucket of lies," said Avenatti. "You saw the clip from Miss Sanders, stating at the White House lectern ... she claims she won the arbitration that we now know was bogus to begin with, because it was based on an agreement, according to Trump now, that never sprung into action, was never valid to begin with."

"They can't keep their lies straight," he concluded. "But I think it's remarkable that you have Sarah Sanders now openly lying to the American people and it's been proven to be false."

"This is a never-ending bucket of lies"

"I think it's remarkable that you have Sarah Sanders now openly lying to the American people and it's been proven to be false" - @MichaelAvenatti pic.twitter.com/zLhhD7CZnL

The arbitration, had it been successful, could have forced Daniels to pay upwards of $20 million to the president. But as Avenatti has pointed out, Trump no longer seems to want anything to do with this affair, for fear it could lead to more damaging public revelations about himself.

"I have been practicing law for nearly 20 yrs. Never before have I seen a defendant so frightened to be deposed as Donald Trump, especially for a guy that talks so tough," Avenatti stated in a tweet on Saturday. "He is desperate and doing all he can to avoid having to answer my questions. He is all hat and no cattle."