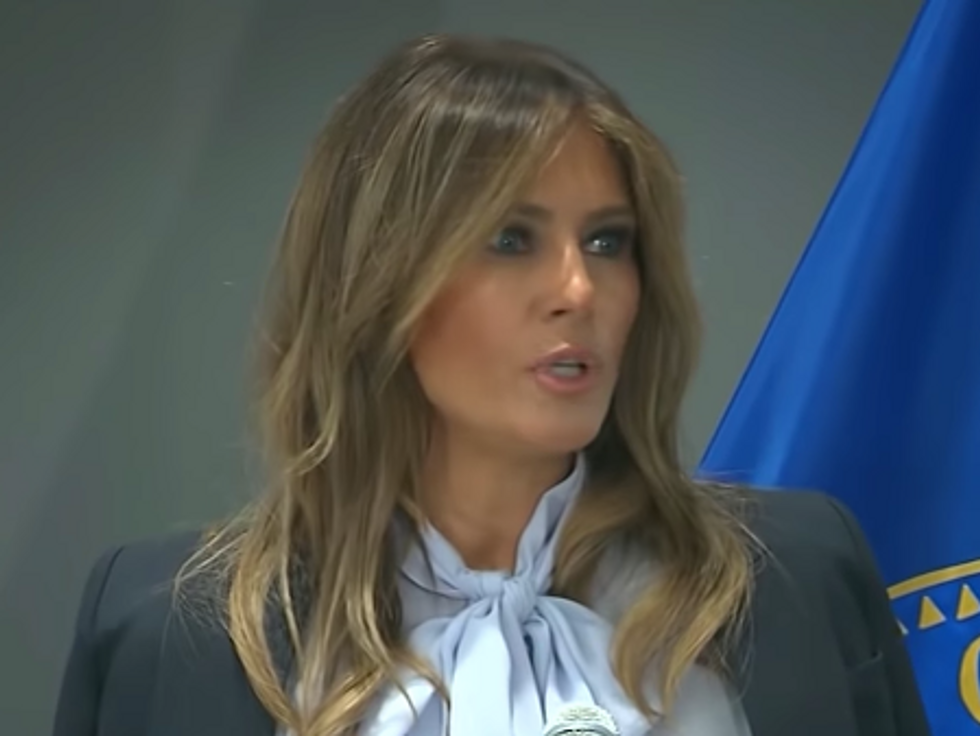 First Lady Melania Trump released a statement that reads like a defense of President Donald Trump on its surface but contains a subtext that should scare the president.

Melania begins by praising the "freedom of speech," which she calls as an "important pillar of our nation's principles."

"If a person is bold enough to accuse people of negative actions, they have a responsibility to publicly stand by their words," Melania continues.

If the senior official, assumed to be a Republican, were to come forward voluntarily, the fallout could have disastrous consequences for the administration.

"To the writer of the ope-ed, you are not protecting this country — you are sabotaging it with your cowardly actions," Melania concludes.

As the first lady goads the op-ed author to step forward, the president is calling for the New York Times to turn the writer "over to government at once."