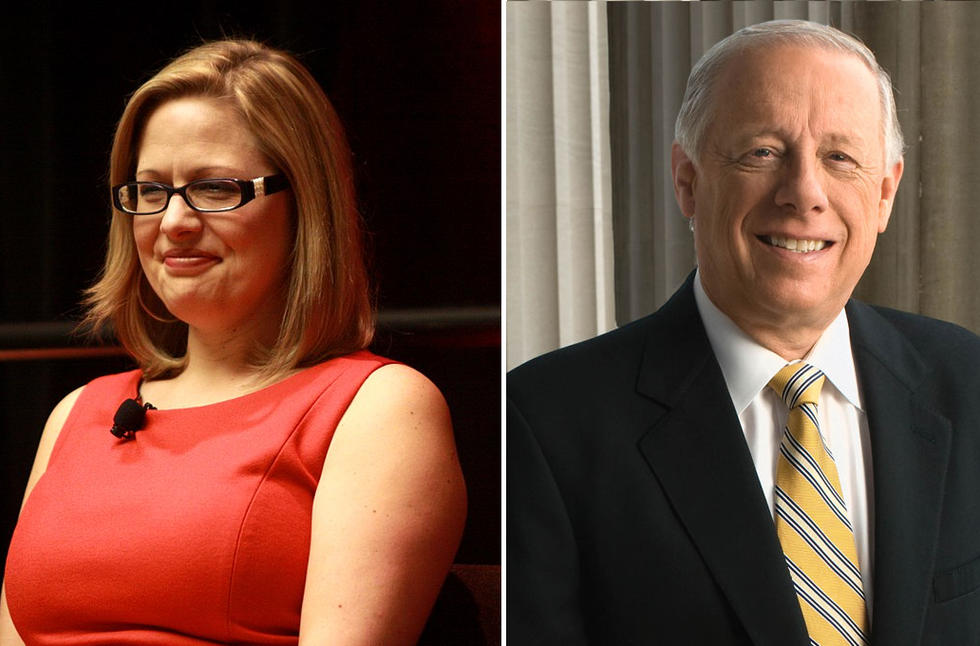 On Monday, a new poll from CNN gave Democrats some very good news in the fight for the Senate.

With the primaries finally over and races all over the country tightening along partisan lines, these are strong numbers for Democrats in states that voted for President Donald Trump. These elections could hold the key to retaking the chamber from Republicans — placing Trump's presidency in peril.

Both Democrats have a storied past and individual brands that set them apart on the campaign trail. Sinema is a former social worker and attorney who spent part of her childhood homeless in an abandoned gas station, and who would be the first openly bisexual senator if elected. Bredesen, meanwhile, was an extremely popular two-term governor and is largely performing as well as he is in the race because he is viewed so favorably — even outgoing GOP Sen. Bob Corker, for whose seat he is running, has called him a personal friend, and Blackburn herself has praised his work reforming Medicaid in Tennessee.

Both are fairly conservative as far as Democrats go, and neither fits squarely into partisan boxes, making them a good fit in states that have not elected a Democratic senator since 1988 and 1990, respectively.

By contrast, the Republicans running against them are cut-and-dried hardliners. McSally voted to strip health care from the poor and give massive tax cuts to billionaires, and walked away from her support for work permits for young immigrants as Trump pulled the party right. And Blackburn is a notorious firebrand who led a crusade against Planned Parenthood, passed legislation to repeal internet privacy regulations, and was a supporter of the racist "birther" bill to discredit President Barack Obama.

Winning the Senate is a bigger challenge for Democrats than winning the House, because there are 24 Democratic seats up for re-election and only 9 Republican seats. But Senate GOP Leader Mitch McConnell is increasingly worried that his majority is in jeopardy. And if Democrats do win the Senate, it will be a disaster for the Trump administration. A blue Senate would mean the end to his long parade of judicial confirmations, as well as another set of investigative committees that would be turned directly on the White House.

Nate Silver pegs Democrats' chances of retaking the Senate between 29 to 32 percent.