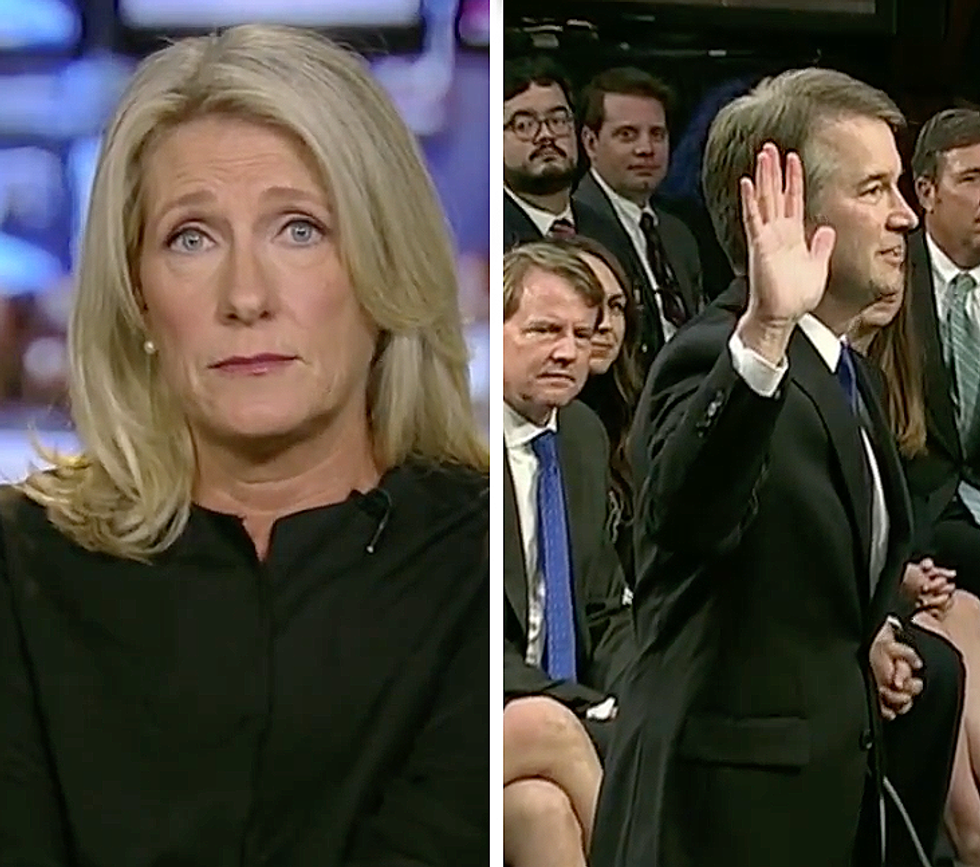 Like Kavanaugh and Professor Christine Blasey Ford, the woman who stepped forward to share her story of surviving a violent rape attempt by the judge, McCaleb attended an elite prep school in Washington, D.C.

McCaleb says she was not at the party where Kavanaugh allegedly sexually assaulted a teenage girl as he tried to violently stop her from calling for help, but that she was around him when he was drinking “many times.”

Brett Kavanaugh’s high-school boozing was epic, and has been memorialized in a memoir by his best friend in which “Bart O’Kavanaugh” is forever falling-down drunk and vomiting. McCaleb says she knew the author of the memoir but has not spoken to him as an adult. She also knew the alleged victim, as they “went to the same pool growing up.”

“Why do you think she’s doing this?” Earhardt asked.

“I’m, I’m, uh, I’m not certain. It’s, you know, she alleges that she had this traumatic event and, and—uh, I, I feel like it is—it is not the Brett Kavanaugh that we know,” she said. “It’s so wildly inaccurate to his character that, uh, I’m not, I’m not certain where it’s coming from.”

But McCaleb says she never saw the teenage Kavanaugh drunk, even as he was drinking.

“I have never seen him stumbling drunk, ever,” she said.

Yet McCaleb did say she drank with him on multiple occasions.

“Yes! And he was always in control, and always respectful—he was one of the more mature ones of the group,” she said.

Earhardt asked McCaleb to provide any dirt she had on Ford.

“What are women saying about her?” Earhardt asked.

“People are in disbelief,” she said. “They really are. Because it’s absolutely not in Brett’s character… We are shocked that this is even coming out.”