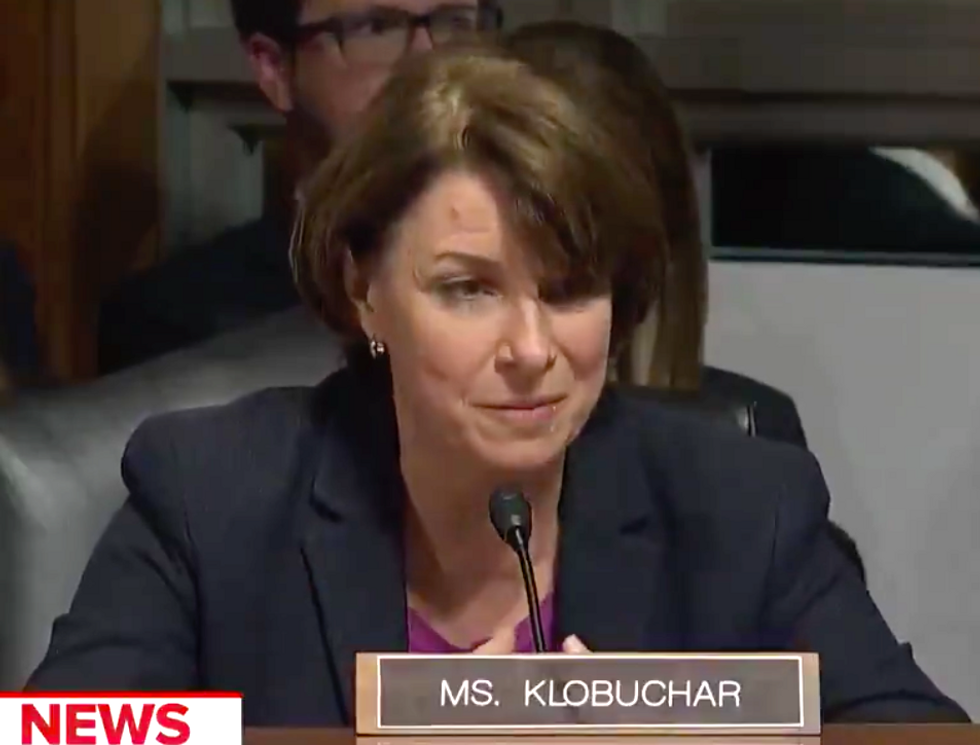 From the start of his testimony before the Senate Judiciary Committee on Thursday, Supreme Court nominee Brett Kavanaugh was enraged and emotionally volatile. He shouted much of his opening statements and attacked Democrats and "the left" with fiery language. Later, he shed tears and sniffled when he spoke of his family.

His clear distress and anxiousness persisted throughout the hearing, leading to testy exchanges with the Democratic senators. And when Sen. Amy Klobuchar (D-MN) asked about his drinking habits — relevant to claims he has made and the allegations of sexual assault against him — he shot back and asked about her drinking.

"So you're saying there's never been a case when you didn't remember what happened before, or part of what happened the night before?" asked Klobuchar.

"You're asking about blackouts. I don't know, have you?" he responded.

"So that's not happened? Is that your answer?" she pressed.

"Yeah, and I'm curious if you have," he shot back.

"I don't have a drinking problem," Klobuchar said.

"Nor do I," said Kavanaugh.

When the nominee came from a short recess from the testimony, however, he clearly regretted the hostility with which he treated the senator. It seems it appeared, that he had realized he crossed a line in behaving so aggressively — and realized that he needed to back down and apologize.

“She asked me a question at the end that I responded by asking her a question, and sorry I did that," he said. "This is a tough process and I’m sorry about that.”

Watch a clip of the apology below:

Judge Kavanaugh apologizes to Sen. Klobuchar after asking about drinking: “She asked me a question at the end that… https://t.co/uo77HTSOyF
— MSNBC (@MSNBC)1538084324.0