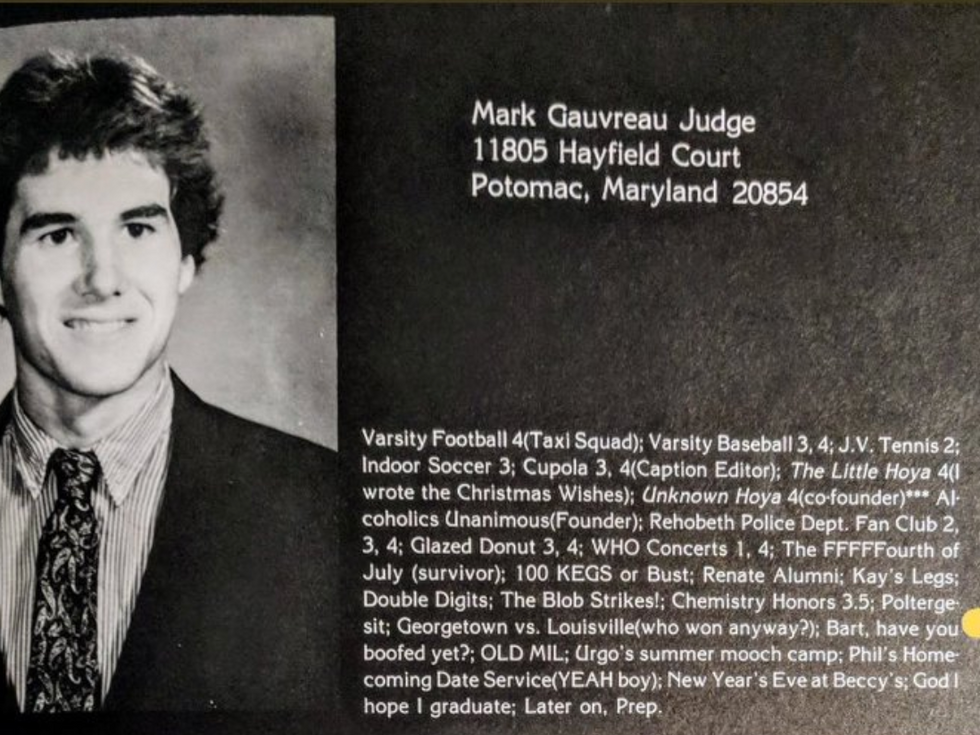 In her once-confidential letter Dr. Christine Blasey Ford said there was a witness to the alleged sexual assault and attempted rape by Brett Kavanaugh: Mark Judge, who she said watched and laughed as she struggled in the locked-door room as a 17-year old Kavanaugh almost suffocated her.

For instance, as the Washington Post notes, next to a photo of the high school Mark Judge is this: “Certain women should be struck regularly, like gongs."

And Mark Judge has an interesting quote too. “Certain women should be struck regularly, like gongs”. Sir Noel Coward pic.twitter.com/X324euqhDJ

It's a quote from playwright Noel Coward.

Read every word of the yearbook.

Judge allegedly captioned another photo, of several students at the prestigious college prep school: “Do these guys beat their wives?”

There are so many unusual references in the Kavanaugh yearbook: violent words toward women, sexual innuendo & vile slang, names of girls, events, specific places and police departments. A treasure-grove of evidence created by Mark Judge & Kavanaugh

And then, there's this.