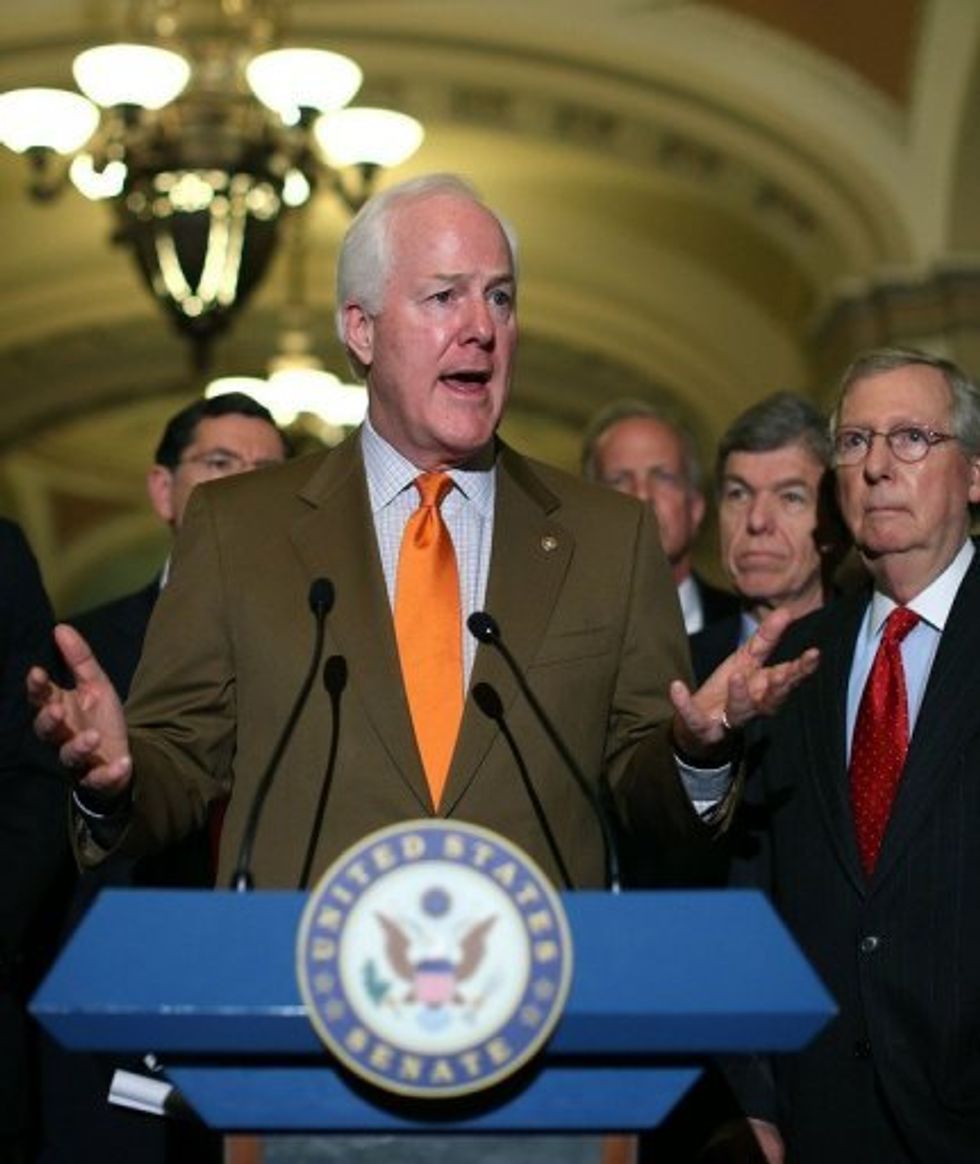 As the fallout continues from the attempted rape allegation against Supreme Court nominee Brett Kavanaugh, some Republican senators — like Arizona Sen. Jeff Flake — have urged the Judiciary Committee to delay the confirmation vote until the matter can be fully investigated.

But other Republicans, like Senate Majority Whip John Cornyn of Texas, are inclined to dismiss the allegation that a 17-year-old Kavanaugh held down 15-year-old Christine Blasey Ford, covered her mouth and tried to rape her out of hand.

On Monday, Cornyn tweeted a criticism of the allegation: that if it is so serious, why did Democrats not leak it sooner?

This line of attack is not new. Ryan Grim of The Intercept, who was one of the first to break the existence of Ford's letter last week, faulted Sen. Dianne Feinstein (D-CA), the ranking member of the Judiciary Committee, for not taking the letter public or sharing it with her Democratic colleagues sooner than she did.

But the reason for this is obvious: when she first approached Feinstein, Ford did not want to come out publicly with the allegations. Only this week did Ford decide she was willing to testify about what happened to her.

Ford, now a professor in California, likely feared character assassination and possibly even lifelong career retaliation, as has happened to numerous women who have come forward about sexual assault at the hands of powerful men. Many women remember Anita Hill being savaged during her testimony against Clarence Thomas on Capitol Hill in 1991.

Feinstein was faced with an impossibly difficult decision in how heavily to investigate Ford's claims, since the more she did, the more likely Ford's privacy would be compromised and her confidence betrayed. However she felt about Kavanaugh, she was not prepared to out a sexual assault survivor against her will.

Ultimately, everything was revealed in the few days after she moved to refer the matter to the FBI, and President Donald Trump — himself an accused sexual predator — plans to mount a scorched-earth assault on Ford's credibility to save Kavanaugh's nomination, suggesting Feinstein was right to be cautious.

Evidently, Cornyn cannot understand the idea that Democrats would be balancing the rights and dignity of their constituents against their desire to win a partisan political fight. And that speaks volumes.