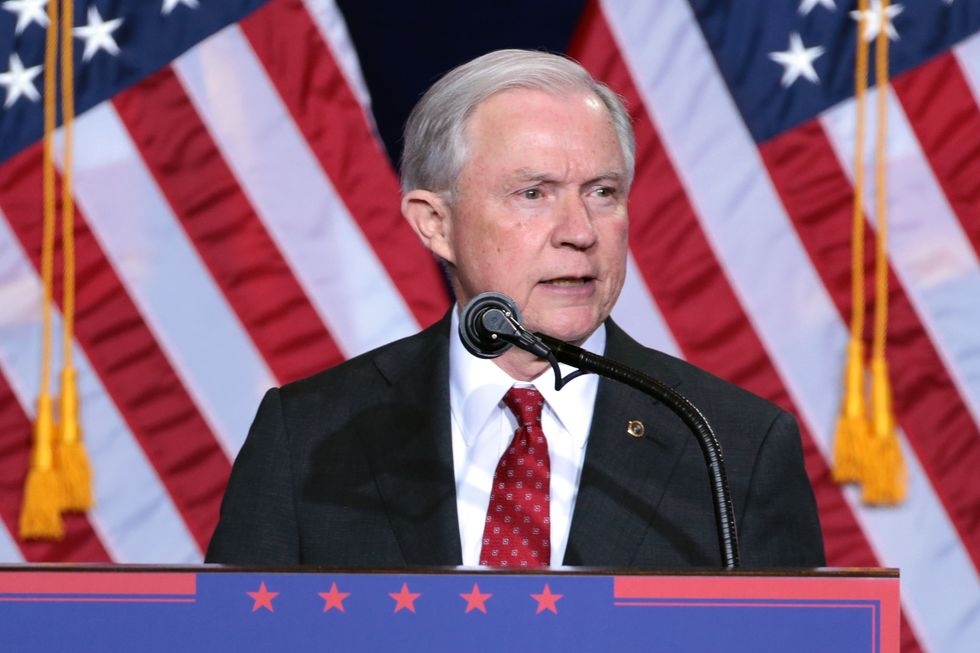 Republicans senators have already begun distancing themselves from President Donald Trump's comments, as reported in a forthcoming book by Bob Woodward, that slurred Attorney General Jeff Sessions as "mentally retarded" and a "dumb southerner," according to a new report in the Washington Post.

"He couldn’t even be a one-person country lawyer down in Alabama,” Trump reportedly said of his one-time ally.

"I’m not gonna get into name calling because I don’t think you should be allowed to call names — including the president,” said Sen. Johnny Isakson (R-GA) to the Post discussing the reported insults.

“Oh come on,” Sen. James M. Inhofe (R-OK) said. “I’m a Southerner, too. I think it’s not at all appropriate. It’s totally inappropriate.”

Others defended Sessions' intelligence without directly rebuking the president.

“I think we all know it’s likely he is going to terminate him after the midterms," said Sen. Bob Corker (R-TN). "In the interim I think it would be good if he stopped raving about Sessions. It’s unbecoming. Either do something or don’t, but these comments just continue to degrade our nation.”

While Sessions has been widely criticized for his racist and abusive policies as attorney general, particularly toward immigrants, Trump clearly supports the Justice Department's direction on that front. He is mad at Sessions because the attorney general has refused to shut down the Russia investigation, which Trump views as a serious threat. But the fact that he's apparently decided to ridicule Sessions behind closed doors over his accent and for being a Southerner reveals another layer of pettiness and cruelty to the president.

Previous reports have supported the idea that Trump has mocked Sessions' southern roots. A Politico report found that Trump had complained that he "talks like he has marbles in his mouth."

Mocking the South is often viewed as a vice of northern elites, a group that Trump cast himself in opposition to when he ran as a Republican. These reports suggest that Trump is just as prejudiced against the South as many conservatives accuse Northerners of being and that he may have broader contempt for his own base.

As Toronto Star reporter Daniel Dale pointed out, however, the Post report may be particularly revealing for an entirely different reason.

"I think this story is most interesting for the fact that these Republican senators don’t seem to have doubts about Woodward’s report that Trump called Sessions mentally retarded and a dumb Southerner — they’re denouncing Trump before the book is out," Dale wrote on Twitter.

The book contains many more troubling claims about Trump, such as reports that his top aides have worked to undermine his reckless policies, and many of them view him as incompetent.