'It's Pretty Stunning': John Kerry Tells The View That Woodward's Explosive Book 'Confirms' What Washington Insiders 'Have Known' About Trump 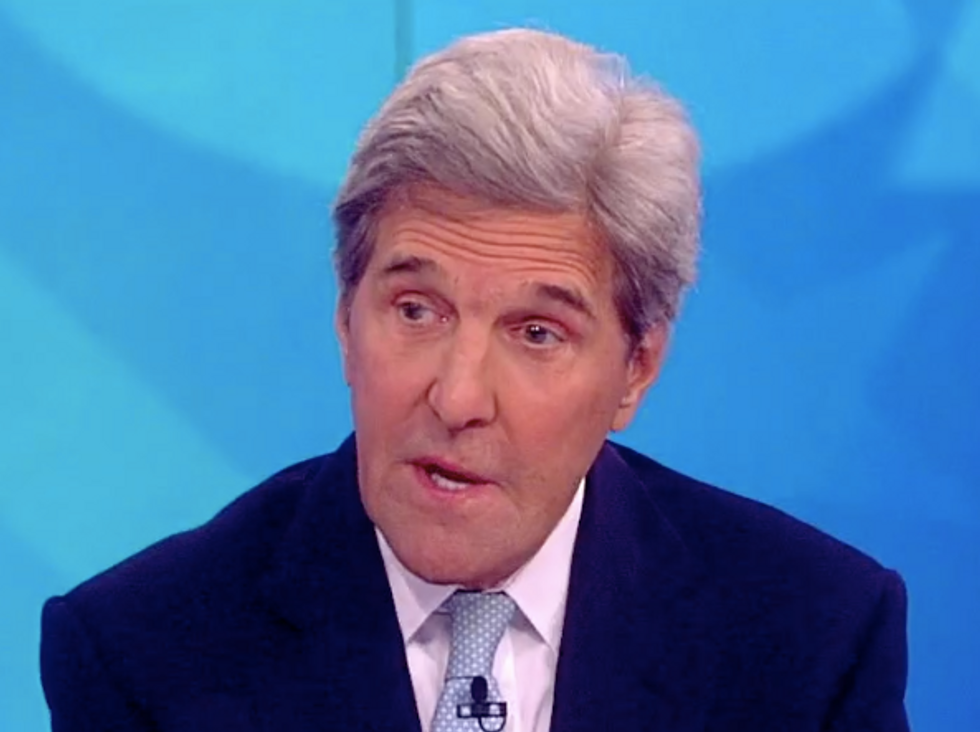 Former Secretary of State John Kerry appeared Wednesday on The View to promote his new book and was asked about his take on the claims about President Donald Trump's administration in an upcoming book by Watergate journalist Bob Woodward.

'[I]t confirms to us that most of us who talk to people Washingtongton have known," Kerry said. "But now it's accumulated stuff in a conglomerate. And in the conglomerate, it's pretty stunning."

Kerry also explained that special counsel Robert Mueller may be allowing Trump to respond in writing to some of his inquiries because he already has the incriminating evidence he needs on the president.

"[I]t may be that Muellerler already has everything that he needs," Kerry said, explaining that questioning Trump in person isn't "critical" for Mueller