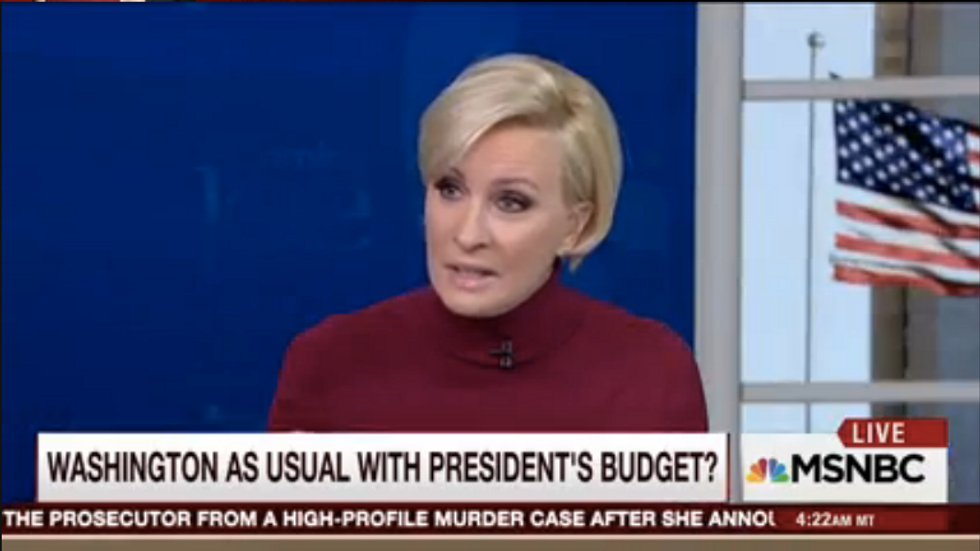 National security reporter Ken Dilanian told MSNBC’s Stephanie Ruhle that Trump’s decision to declassify FBI and FISA documents related to the surveillance of Carter Page -an investigation in which the president himself is a subject- is “truly damaging” to the United States. Trump’s motives for doing so, he added, make it all the worse.

“This president has shattered so many norms, it’s hard for people to understand when he does something that’s truly damaging,” Dilanian said. “This is one of those times.”

Dilanian went on to say that “current and former intelligence officials I’ve talked to are stunned” by the president’s decision to “overrule his own intelligence and law enforcement professionals.”

It’s bad enough that Trump is trying “to force the release of highly sensitive documents from a pending counterintelligence criminal investigation,” Dilanian said. “But the obvious motive is the real scandal: the president is the subject of this investigation.”

The president is “helping to fuel what’s essentially a conspiracy theory, which is that the Carter Page surveillance was the genesis of the Russia investigation.” he added. “We know that’s false.”

Dilanian also had harsh words for California Republican Devin Nunes, who has been criticized for trying to undermine the special counsel’s investigation into Russian interference in the 2016 election.

“It’s one thing for the Republicans to want to have oversight of this FISA process but Devin Nunes, the Chairman of the House Intelligence committee, as far as we’re told, has never actually read these highly sensitive documents,” said Dilanian. “And neither has Donald Trump. So they’re not sure what sources and methods could be compromised.” He also noted Nunes made his political motivation for releasing the documents clear, in a speech earlier in the week in which the congressman “said explicitly it would help the Republicans win the fall election.”

The FBI and the Justice Department are unhappy by Trump’s release, Dilanian indicated, saying “officials have told members of Congress it would be very damaging if some of this stuff was released. Apparently Donald Trump is willing to take that risk because he thinks it’s going to help his cause.”