'I Came With Receipts': CNN's Ana Navarro Shuts David Urban Down with Facts as He Defends Trump's Weak Response to Puerto Rico 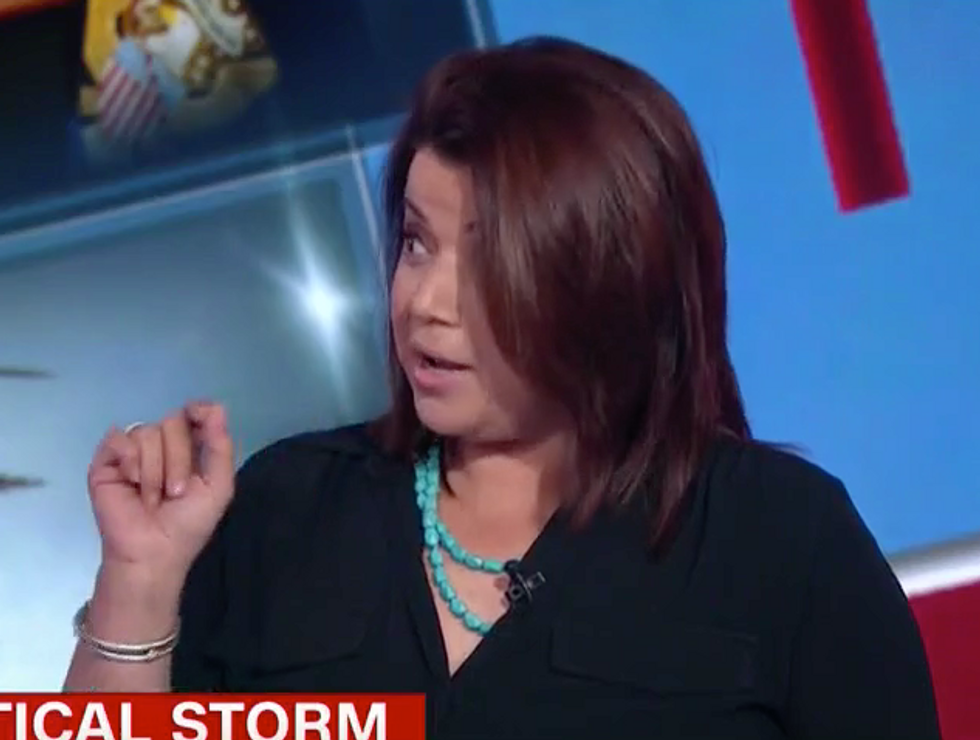 After President Donald Trump on Thursday falsely attacked a recent study finding that nearly 3,000 people were killed by Hurricane Maria in Puerto Rico, allies of the administration struggled to defend his baseless claims.

David Urban, a frequent defender of the president, tried to claim on CNN that the administration's response to the disaster was formidable even though Trump's claims about the study were wrong — but commentator Ana Navarro quickly demonstrated the weakness of his argument.

"The Puerto Rican electric authority was bankrupt," Urban said. "They had lost 30 percent of the workforce from 2012 to 2015. They were down 30,000 employees. Seventy percent of Puerto Ricans didn't have clean drinking water, according to 1974 clean drinking water standards. The hurricane before this knocked out 80,000 households, didn't have electricity when Maria showed up, and when this hurricane came knocked down 80 percent of telephone polls and electricity was out — a catastrophic scale."

In essence, he was arguing that because Puerto Rico faced so many struggles before the storm, it's unfair to blame the Trump administration for the massive loss of life.

"David, precisely, because everything you just said is true, precisely why Puerto Rico was in such bad shape, infrastructure, electric grid-wise, it needed and required more preparation," she said. "It required more help and that is where the federal government and the Puerto Rican government failed."

"It's a failure on multiple levels," Urban said — seeming to concede that the Trump administration's response was insufficient.

Navarro agreed: "The Puerto Rican people were failed by all levels of government. But you cannot compare — the facts are facts. When you take a look at the way the federal government, FEMA, reacted to Harvey in Texas and Irma in Florida — and I was in Florida — and then you see within the same nine days, it is — it was millions and millions and millions more meals in the first nine days to Texas and Irma."

"Not according to the GAO report," Urban said, trying to deflect.

"Let me give you the numbers, but — I came with receipts today," said Navarro. "After Harvey, 5.1 million meals. After Irma 10.9 million meals, after Maria, 1.6 million meals. ... They were without electricity. They were without air conditioning. They couldn't hook up their oxygen machines or refrigerate rate their insulin. Listen! In Florida we had 12 old people die in a nursing home because there was no air conditioning ... The amount of people that died in Puerto Rico because there wasn't preparation and we didn't help immediately and because we didn't evacuate people. We couldn't get the military hospitals there to get people out."