Hurricane Hell: Here Are 5 of the Most Recent Devastating Storms Linked to Climate Change 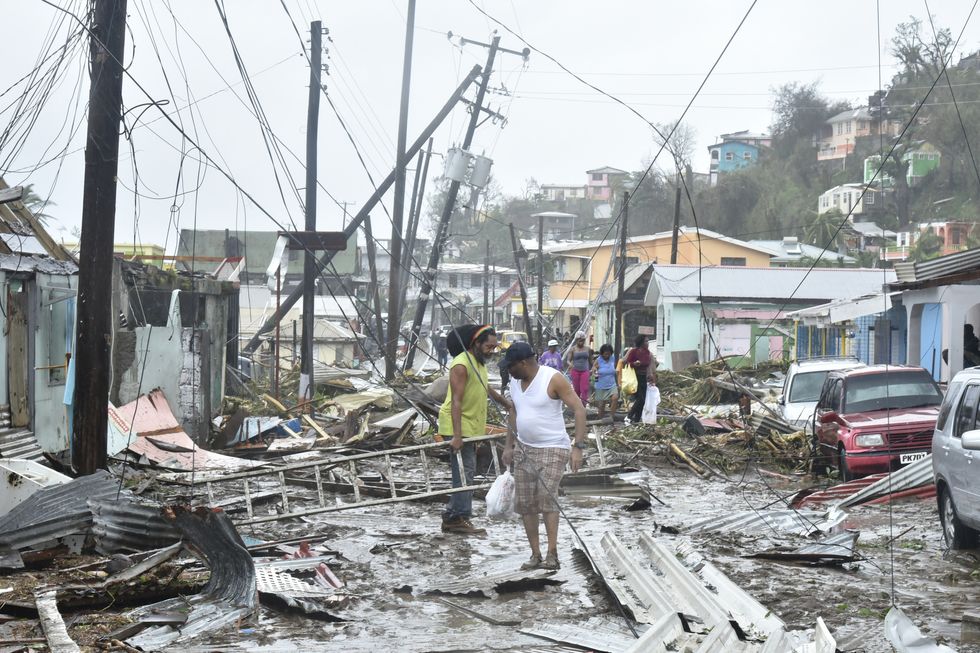 Only two weeks after the government of Puerto Rico raised the official death toll from Hurricane Maria from 64 to 2,975—making it the deadliest hurricane to occur last year—North and South Carolina residents are evacuating coastal areas in preparation for Hurricane Florence, which is expected to deliver winds of 130 miles per hour and be the worst hurricane to hit the Carolinas since the 1980s. Hurricanes have been pounding the southeastern U.S. for centuries, but in the era of climate change, they are becoming more frequent and more devastating.

Meteorologists have five separate categories for hurricanes, with Category 1 being the least severe and Category 5 being the most severe. Florence appears to be reaching the Carolinas as a Category 4, but it could intensify to Category 5. And when rapid intensification—a phenomenon encouraged by climate change—occurs and a hurricane goes from Category 1 to Category 4 or 5 in less than 24 hours, there is little time to prepare.

Here are five of the most devastating hurricanes that occurred in recent years.

In August 2015, Hurricane Katrina originated in the Bahamas before making its way to the U.S. A hurricane varies in intensity, and at its worst, Katrina became a Category 5 storm. The National Hurricane Center attributed a total of 1836 deaths to Katrina, with up to 1577 deaths in Louisiana—and the flooding was so severe in New Orleans that 80% of the city was under water.

Veteran reporter Mark Schleifstein, who covered Katrina for the New Orleans Times-Picayune, witnessed Katrina first hand and has some grim advice for residents of the Carolinas who are refusing to evacuate for Hurricane Florence: “write your Social Security number on your arm, so officials can identify your body.”

2017 was a terrible year for hurricanes, and one of the worst was Hurricane Harvey—which affected parts of Latin America (including Nicaragua and Honduras) but was especially devastating around the Texas Gulf Coast. Of the 108 deaths caused by Harvey in late August/early September 2017, 103 were in Texas. Some weather stations in Texas reported more than four feet of rain, and Houston suffered some of the worst flooding in the city’s history.

Only a few weeks after Hurricane Harvey ravaged the Texas Gulf Coast, the Caribbean was, in September 2017, pounded by Hurricane Maria—which reached Category 5 at its worst. Maria caused some deaths in the Dominican Republic, Haiti and Guadalupe, but the worst damage by far occurred in Puerto Rico. Of the more than 3,050 people killed by Maria, most of the fatalities occurred in Puerto Rico—although 65 people were killed on the island of Dominica, which didn’t have time to adequately prepare thanks to rapid intensification. A year later, Puerto Rico is still recovering from Maria.

Maria is a perfect example of how bad climate change is making rapid intensification: the storm went from Category 1 to Category 5 in only about half a day.

In the U.S., hurricanes have been most likely to affect the southern states.

Floridians are more likely to experience hurricanes than residents of New Jersey or Massachusetts, but that doesn’t mean that residents of the northeastern U.S. are immune to them—not by a longshot. And in 2012, Hurricane Sandy caused billions of dollars in damage, pounding the New Jersey Shore and the coast of Maryland as well as New York City. Atlantic City was evacuated, parts of Manhattan suffered flooding, and the mass transit systems of NYC and Philadelphia (which is about 60 miles inland) were shut down.

When Kevin E. Trenberth (a senior climatologist for the National Center for Atmospheric Research) was asked whether or not Hurricane Sandy was affected by climate change, he responded that while the answer was yes, Sandy was hardly unique in that regard. In 2012, Trenberth asserted, “All weather events are affected by climate change because the environment in which they occur is warmer and moister than it used to be.”

In September 2008, Hurricane Ike caused at least 195 deaths and affected a wide area ranging from Cuba, Haiti (where at least 74 deaths occurred) and the Bahamas to the Florida Panhandle, the Mississippi Coast and the Texas Gulf Coast. Altogether, Ike is believed to have caused about $38 billion in damage.