Here's Why We Should Take Michael Avenatti Seriously - Despite His Antics 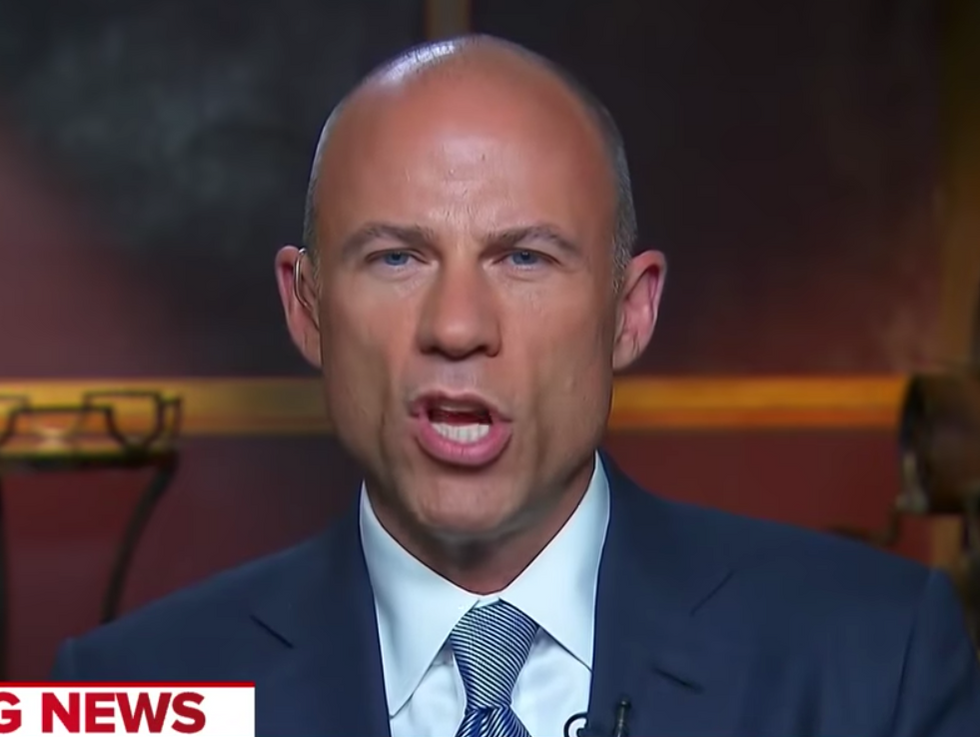 Michael Avenatti released a bombshell of an accusation against Supreme Court nominee Brett Kavanaugh Wednesday morning from a client of his that alleges the judge attended a series of parties and participated in the "spiking" of punch bowls in order to make women susceptible to "gang rape."

In doing so, he threw himself into the center — yet again — of another national controversy. Many reactions to the allegations focused merely on Avenatti himself, rather than accuser Julie Swetnick.

Avenatti's standing as a public figure, many argued, made her allegations suspicious.

Given Avenatti's clear love for the spotlight, many have dismissed him as a mere cartoon even as he brought forward new serious claims against Kavanaugh.

But while dismissing Avenatti is easy, he's earned the right to be taken seriously — and not just because Trump himself has proven that you can be both a cartoonish character and a powerful force in American politics.

More importantly, Avenatti should be taken seriously because he has been vindicated a number of times even while making bold claims in his short career in the spotlight.

The case of Stormy Daniels, which was dismissed early on by many observers as a ridiculous distraction from real issues, has proven enormously consequential. Last month, Cohen pleaded guilty to criminal campaign finance violations in court regarding Daniels' hush money payment — and he implicated the president as deeply involved in these criminal acts.

Though this case has yet to play itself out fully, and it's not entirely clear how much Avenatti contributed to moving the ball forward with the criminal case, he was clearly correct to draw attention to it as a matter of national significance even as he drew scorn for doing so.

And in his defense of Daniels, he has proven a capable and valuable lawyer. Many criticized him for making the case all about himself — which he indeed did in many ways — he was also his been a staunch defender of his client. When Daniels was arrested on apparently bogus charges, Avenatti came to her swift defense and she was shortly released. The charges against her have since been dropped.

Finally, Avenatti played a key role in exposing Essential Consultant LLC, the shell company established by Cohen both to pay off Daniels and to receive massive payments from various companies apparently seeking to buy influence with Trump. One of these payments appears to have come from a company tied to a Russian oligarch, suggesting the facts may have implications for the Russia investigation.

This find would be an extraordinary scoop for any reporter or news outlet — but instead, it was uncovered by Avenatti and later verified and confirmed. Whether any other significant developments come from this finding remains to be seen, but even on its own, it stands as an impressive accomplishment that reflects well on Avenatti's credibility.

Throughout this saga, Avenatti has rubbed many the wrong way and drawn skepticism for his obvious showboating and over-the-top performances on cable news. All of these criticisms may be fair and warranted. But despite whatever personal distaste he may engender, he's earned the right to be taken seriously.