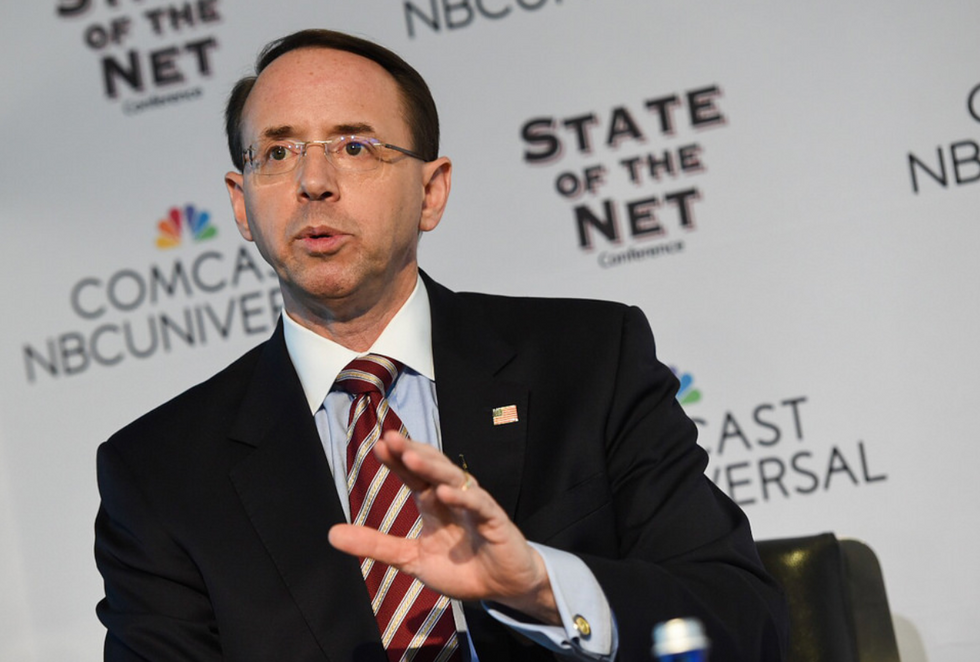 There are now conflicting reports about whether deputy Attorney General Rod Rosenstein plans to resign from his position or whether the Trump White House plans to fire him.

While the original report from Axios claimed that Rosenstein planned to resign in anticipation of being fired by President Donald Trump, a source tells NBC News’ Pete Williams that Rosenstein instead intends to force the White House to fire him, while vowing to not go quietly as he leaves.

While the end result would be the same — that is, Rosenstein would no longer be deputy Attorney General and would no longer oversee special counsel Robert Mueller’s probe of Russian interference in the 2016 presidential election — the way in which he leaves is crucially important to the future of the investigation.

As the Washington Post’s Aaron Blake explains on Twitter, Rosenstein could potentially limit the president’s ability to appoint a successor if he forces him to fire him, whereas the president could pick whomever he chooses should Rosenstein tender his resignation.

“Federal Vacancies Reform Act gives Trump power to appoint an Acting AG if it’s a resignation,” notes Blake. “If he’s fired? It’s murkier. If Rosenstein forces Trump to fire him, Trump might have to fight legally to appoint an acting AG.”

Blake goes on to note that the White House earlier this year claimed that former Veterans Affairs Secretary David Shulkin willingly resigned, whereas Shulkin has insisted that he was fired and did not resign voluntarily.

This means that the White House could be trying to get word out that Rosenstein resigned as part of a spin campaign to justify Trump being given total power to appoint his replacement.

Read the whole thread below: