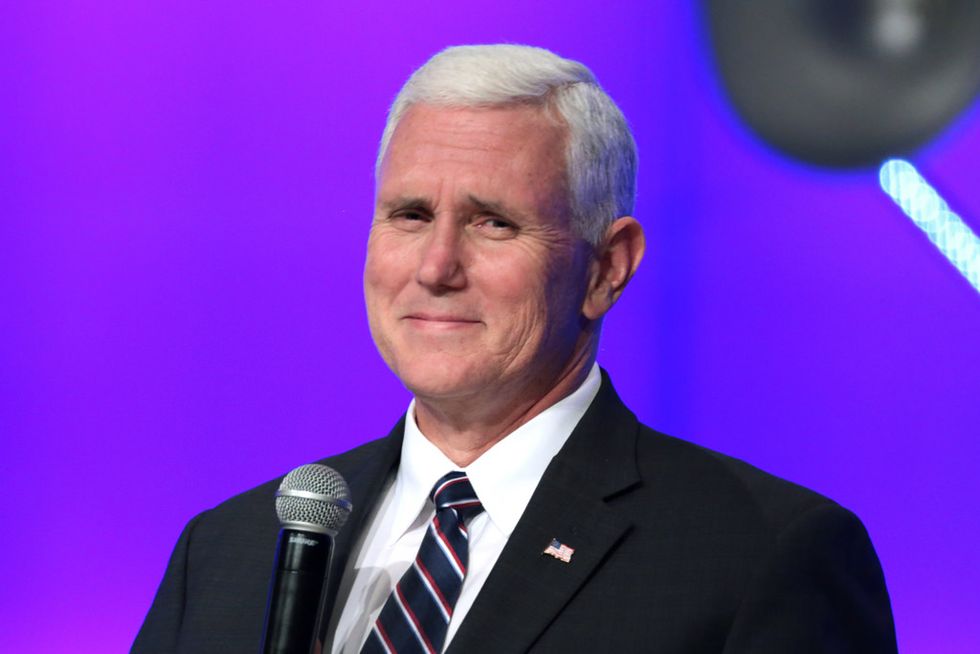 Since the Resignation of the Mad Tweeter appears to be in the legal cards, hopefully sooner as opposed to later — I figured it was about time to turn the “scrutiny telescope” towards the self-righteous one, waiting patiently in the wings, to take his place.   Also many here, have been asking for such an analysis too, so here you go.  Use it wisely.

“The allegation that General Flynn, while President Obama was still in office, secretly discussed with Russia’s ambassador ways to undermine the sanctions levied against Russia for its interference in the presidential election on Trump’s behalf, raises serious questions of legality and fitness for office,” said Adam Schiff, the Democratic ranking member of the House intelligence committee, in a written statement.

Flynn and the US vice-president, Mike Pence, had previously issued flat denials that Flynn and Kisilyak had spoken about anything of substance and the White House had insisted that the conversations involved only the exchange of Christmas greetings and preparations for a future Trump phone call with Vladimir Putin.

On Friday, Flynn’s staff at the national security council said he could no longer be sure whether sanctions had been discussed. Officials told CNN that Pence had taken Flynn’s word before vouching for him. The Kremlin denied that Flynn had discussed sanctions with the ambassador.

So that’s Mike Pence’s main defense:  Flynn broke the law as a lone wolf — and Flynn then lied to him about it.

That’s not much of a defense, given all the frantic emails bouncing around the Transition Team at the time. A Team that Pence was ostensibly shaping and steering, as the “head the operations” ….

[...]
Trump’s team has portrayed Flynn as a rogue actor over his contacts with the Russians, in which he apparently promised that the new administration would ease sanctions imposed by Barack Obama on Russia in connection to its alleged online meddling in the 2016 elections. But emails seen by the Times show senior transition official K.T. McFarland had notified other staff that Flynn would be reaching out to Russian ambassador Sergei Kislyak as part of an effort to repair U.S.-Russian relations, “which has just handed the U.S.A. election to him [Trump].”
[...]
In an email to another transition official, now-homeland security adviser Thomas Bossert, McFarland wrote that “Russia’s responseover the next few days” to Flynn’s outreach would be crucial. Per the Times, Bossert then forwarded that December 29th email exchange to at least six other officials including Flynn, Reince Priebus, Stephen Bannon, and Sean Spicer. He added that everyone needed to “defend election legitimacy now.”

In his phone call with Mr. Kislyak, Mr. Flynn asked that Russia “not escalate the situation,” according to court documents released on Friday. He later related the substance of the call — including the discussion of sanctions—to a senior transition official, believed to be Ms. McFarland. A few days later, he briefed others on the transition team.

That Bossert instruction is crucial to their media offensive — denying the Flynn Sanctions-deal, to undermine the Obama Administration’s tough response to the Russian hacking attacks on U.S. Elections.

And THAT my fellow imposed-upon Americans, was precisely the Message delivered by Mike Pence, in his first Press Conference as V.P.-elect, (Jan 11, 2017, New York City):

Nineteen of the 21 cabinet officials have been announced, nine committee hearings already scheduled, seven more soon to go on the books in the next several days and it is a — it is a compilation of men and women with an unprecedented caliber of leadership and background to help this administration move our nation forward. Perhaps that's why there's been such a concerted effort by some in the mainstream media to delegitimize this election and to demean our incoming administration.

You know, I have long been a supporter of a free and independent press and I always will be. But with freedom comes responsibility. And the irresponsible decision of a few news organizations to run with afalse and unsubstantiated report, when most news organizations resisted the temptation to propagate this fake news, can only be attributed to media bias and attempt to demean the president-elect and our incoming administration and the American people are sick and tired of it. [appaluse]

But today, we'll get back to real news, to real facts and the real progress our incoming president has already made in reviving the American economy and assembling a team that will make America great again. And we'll hear from the president-elect about issues that are of paramount importance to the American people today.

So which is it Mike, were you “in the loop” of the Bossert directive, or not?

Mr Pence, were you in charge of your own Transition Team, or not — including Michael Flynn’s extra-circular “Diplomatic” activities, or not?  It seems the rest of your Teamwas well aware of the plan, according to the well-established email-evidence.

Let me guess, you Mr Pence prefer “word of mouth” exchanges — instead of those annoying email-chains. Afterall what’s so hard about messaging “on the Legitimacy of the Trump win” — when everyone on the Transition Team is running around urgent parroting it, to every Reporter they can find.  Why write that down, and put it your official in-box?  You sir, can “squawk” with the best of them …

“Perhaps that's why there's been such a concerted effort by some in the mainstream media to delegitimize this election and to demean our incoming administration.

Too bad for your alibi Pence, that Court Documents show that everyone else on the Trump Transition Team was well aware of the Flynn-Kisilyak “Sanctions deal”, and for the need to cover it up — as Thomas Bossert had instructed ...

"Let's do a crime!" the email read, below the subject line "crime doing" https://t.co/6rd1byvIUO pic.twitter.com/UhgppGXtmP

— Everyone except for Mike Pence, who still maintains that Flynn and Sergey just “exchanged Xmas Greetings” … and he’s SO disappointed that General Flynn had lied to him, the honorable V.P. Boy Scout who would never stoop to “legitimizing such an illegitimate election result.”  … Scout’s honor.

Such a bald-face deceit must not stand, in such an squeaky clean Administration — So General Fall-guy just had to go!

Well that took care of the News-hounds for a little while.  That was then.  This is now.

Now if only Comey would have “cut Flynn a break” — they might have even “gotten away with it” … with all the Boy Scout BS feigned outrage and frantic legitimizing of something — that if True -- will never be legit in a thousand years ...

This Mike Pence is what you worked to legitimize, along with the rest of the Trump Clean Team:  the secret back-channel bargaining with foreign adversaries, who actively interfered with (to hopefully change) the result of a sovereign, and formerly-Free, Election process.

THAT is abhorrent Mr Pence — and you’re right:  The perpetrators must go!   ALL of them.

Afterall doesn’t the good-book say something to the effect of:

“Cheaters should never prosper.”  … and  “Liars have a special place reserved for them” ?

Here’s to hoping Michael Flynn has already told Mueller all he knows about this den of vipers Transition Team, that he worked for, and reported to — and lied to the FBI, for.