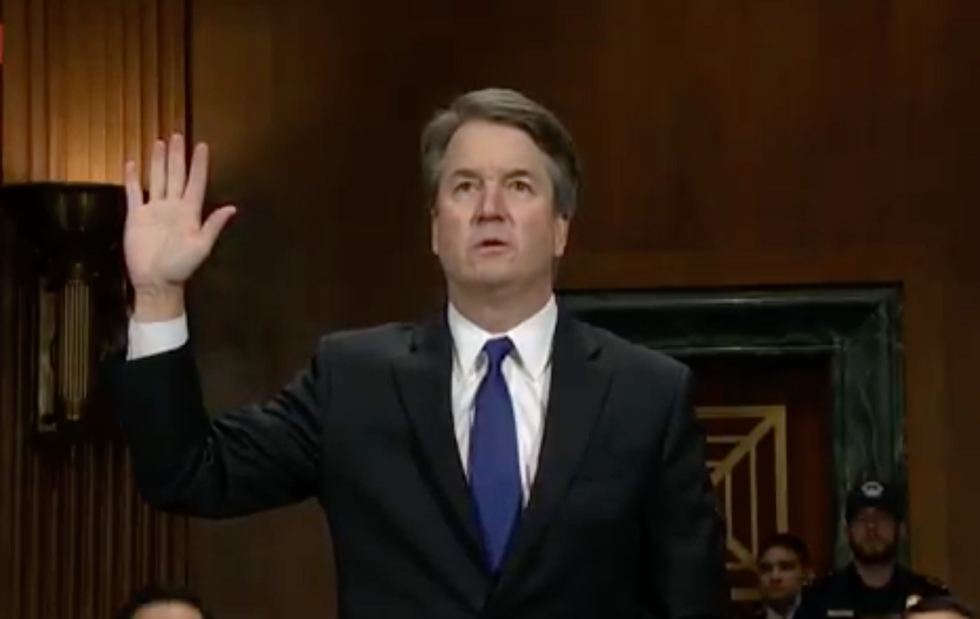 In defending himself from accusations of sexual assault, Judge Brett Kavanaugh repeated a claim over and over on Thursday before the Senate Judiciary Committee while under oath.

Again and again, he said that the four other people said to be at the party where Christine Blasey Ford says Kavanaugh tried to rape her have said that the assault didn't happen. He repeatedly referred to these as the "four witnesses." At one point, he said that Ford's claims have been "refuted."

The only problem with this? It isn't true.

For example, Leland Ingham Keyser, Ford's friend who was reportedly at the party, says he "has no recollection of ever being at a party or gathering where [Kavanugh] was present, with, or without, Dr. Ford."

This is not the same as denying that the party or the assault ever took place. Anyone can forget any number of the parties they've attended in their lives, and saying so doesn't mean that they didn't happen. In fact, Ford said before her friend had been reached for comment that Keyser likely wouldn't remember the party, because nothing particularly noteworthy happened to Keyser that night.

But when she was contacted by the Washington Post, Keyser said that she does, in fact, believe Ford's accusations, despite not remembering the party.

PJ Smyth, who Ford also says was at the party said: "I am issuing this statement today to make it clear to all involved that I have no knowledge of the party in question; nor do I have any knowledge of the allegations of improper conduct she has leveled against Brett Kavanaugh."

And again, this is not the same as denying that the party ever took place. He may have attended and simply forgot about it.

Similarly, Mark Judge, who Ford says was actually involved in the assault, has said he never saw Kavanaugh behave in the way Ford describes. But he also said that he has "no memory of the incident," again suggesting he might have forgotten the event — which wouldn't be surprising, given that Ford says he was excessively drunk at the time.

Kavanaugh is the other person at the party who denies that it ever took place. However, this statement should be seen as less credible because he has repeatedly lied about what the other alleged attendees have said.

Someone might object that it's not clear Kavanaugh is lying because he may believe what he is saying. But that is no defense. He was under oath when he claimed that four people have "refuted" Ford's allegations, he knew the seriousness of the claims he was making, and he had every resource available to him to make sure he was accurately representing himself.

Instead, he actively misrepresented himself to the committee and to the nation that was watching.