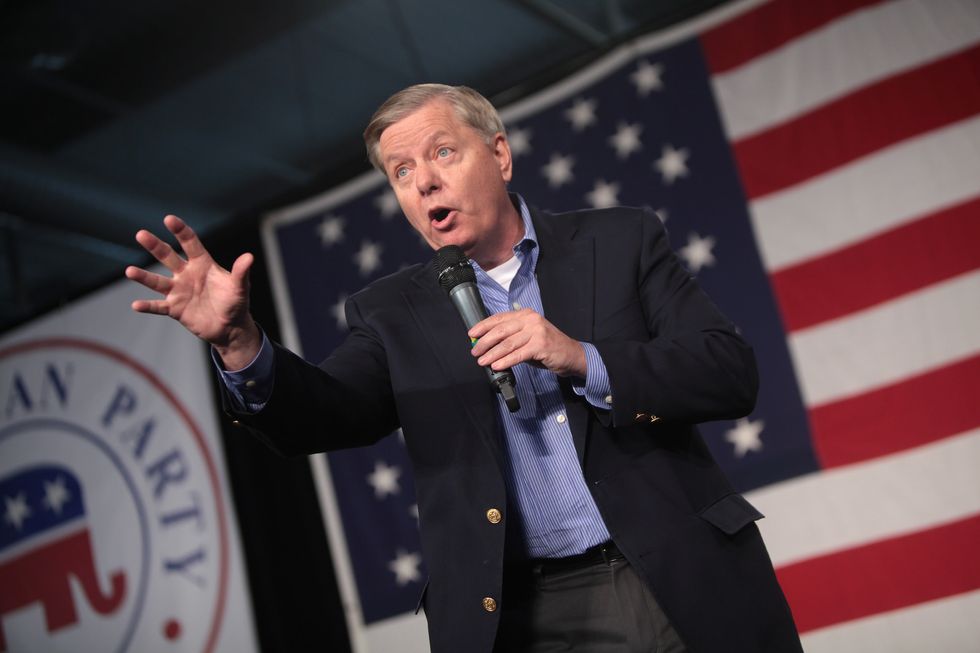 Barack Obama has generally been keeping a low profile in the Donald Trump era, although the former president resurfaced in South Africa in July with a speech commemorating Nelson Mandel’s birthday. The former U.S. president didn’t mention President Trump by name in South Africa, but he most certainly did during a September 7 speech at the University of Illinois—asserting that Trump has been “capitalizing on resentments that politicians have been fanning for years, a fear and anger that’s rooted in our past.”

The U.S., Obama stressed, is experiencing “dangerous times,” and the November midterms offer voters “the chance to restore some semblance of sanity to our politics.” Far-right wingnuts, not surprisingly, are furious—although some anti-Trump voices on the right (including Republican Party strategist Rick Wilson) seem to be taking great pleasure in Obama’s ability to get under Trump’s skin.

Here is what seven right-wingers have said in response to Obama’s speech.

On Twitter, Sen. Lindsey Graham asserted that Trump’s speech made it more likely that Trump would be reelected in 2020. The South Carolina senator tweeted, “The more President @BarackObama speaks about the ‘good ole years’ of his presidency, the more likely President @realDonaldTrump is to get re-elected. In fact, the best explanation of President Trump’s victory are the ‘results’ of the Obama Presidency!”

Breitbart.com contributor Joel B. Pollak not only attacked Obama in a September 7 critique of the speech, but also, the University of Illinois itself. Denouncing the university as a “corrupt institution” for giving Obama an award for ethics in government, Pollak insisted that Obama’s “entire speech was based on a false conceit.” Pollak went on to say, “When Obama takes credit for the economic recovery, he ignores the fact that it was the slowest recovery in the post-War era, largely due to his policies. The recovery began in earnest when Republicans took over the House in 2010 and put an end to any prospect of more massive stimulus bills, or more heavy regulations like Obamacare.”

To hear Ben Shapiro tell it, Obama’s speech was too much of a lecture. On Twitter, Shapiro posted, “Obama lecturing us is LITERALLY how you got Trump.”

Although Twitter isn’t great for deep analysis, it is perfect for soundbites. And after Obama’s speech, one of them came from Matt Drudge—who tweeted, “Democrats lost 76 House seats and 15 Senate seats during Obama’s terms. Now, the former president is determined they never get them back!”

Florida-based GOP strategist Rick Wilson has been one of the most outspoken anti-Trump voices on the right. Wilson has repeatedly denounced Trump as a curse for right-wing politics. And on Twitter, Wilson used Obama’s speech not as a chance to attack Obama, but to have a laugh at Trump’s expense. Wilson tweeted, “I see Obama is trying to make Grandpa Ranty angry. Betting it works.”