Here Are 5 Things Democrats Must Consider About Impeaching President Trump 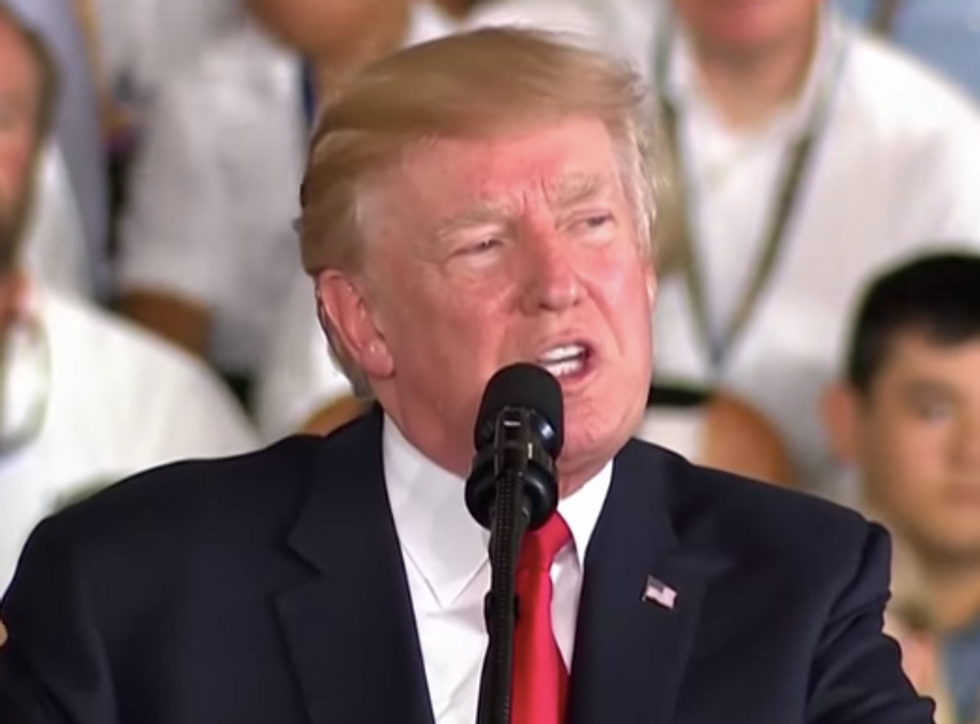 In Judge Amy Berman Jackson’s federal courtroom in Washington, DC, jury selection is now underway in the second trial of President Donald Trump’s former campaign manager, Paul Manafort—who, on August 21, was convicted of eight criminal charges (including bank fraud and tax evasion) and is now facing charges that include obstruction of justice and money laundering. Manafort is hardly the only Trump associate who has been caught up in Mueller’s Russia-related investigation: Michael Cohen, Trump’s former personal attorney, pled guilty to eight criminal charges on August 21—and others who have been cooperating with federal prosecutors include Rick Gates (a 2016 Trump campaign aid and the prosecution’s star witness in Manafort’s first trial), George Papadopoulos (a foreign policy advisor for Trump’s campaign) and Michael Flynn (who briefly served as the Trump administration’s national security advisor and, like Papadopoulos, pled guilty to lying to the FBI).

For Watergate-era veterans like Jill Wine-Banks (an assistant prosecutor during Watergate), John Dean (who served as White House counsel under President Richard Nixon before flipping and agreeing to cooperate with federal prosecutors) and veteran journalist Dan Rather, there is a real sense of deja-vu with Mueller’s investigation and all the criminal charges that Trump’s associates have been facing. In 2018, Wine-Banks, Dean and Rather have been frequent guests on MSNBC and/or CNN, noting the parallels between Watergate and Russiagate/Trumpgate—and Rather, who reported on Watergate extensively back in 1973 and 1974, has asserted that as stunning as the events of August 21 were, they will “pale by comparison” as Mueller’s investigation moves along and more bombshells are uncovered.

More and more, the word “impeachment” is coming from Trump’s critics. But impeachment, as Watergate-era veterans remember all too well, is not an easy matter. Here are five things Democrats need to take into consideration about Trump and the process of impeachment.

1. Impeachment Is Unlikely With a Republican-Controlled Congress

Veteran journalist Carl Bernstein—who, like Rather, reported on Watergate extensively back in 1973/1974—had an excellent point when, in early August, he told CNN’s Wolf Blitzer that “the heroes of Watergate were Republicans who demanded that the president be held accountable” and “conducted bipartisan investigation.” But Bernstein also asserted that the Trump-related scandals of 2018 are “worse than Watergate” and “much more dangerous” because in 2018, the GOP is dominated by severe partisans who will stand by Trump come hell or high water (unlike the Republicans of 1974 who refused to give Nixon a pass). And as long as those partisans dominate either the Senate or the House of Representatives, impeachment isn’t going to happen.

2. Mike Pence Is Even More Extreme Than Trump

While Trump’s alliance with the Christian Right is one of convenience, Pence is a hardcore fundamentalist and a rigid ideologue/theocrat. In a February 2018 interview, former Trump ally Omarosa Manigault Newman warned that if Trump were impeached and Pence became president, Trump’s critics wouldn’t like a Pence presidency one bit. Newman asserted, “As bad as y’all think Trump is, you would be worried about Pence. I will tell you. So everybody that’s wishing for impeachment might want to reconsider…. We would be begging for days of Trump back if Pence became president.”

3. Even Without Impeachment, a Democrat-Controlled House Could Rein In Trump’s Presidency

Newman isn’t the only one who has cautioned that Democrats would not enjoy a Mike Pence presidency at all. Economist Robert Reich, former secretary of labor under President Bill Clinton, has warned that even if Trump is impeached—which he thinks is most unlikely— “we’d still have his loathsome administration, Pence on down.” Reich, however, has stressed that voters must use the 2018 midterms to rein in Trump’s presidency. And, to be sure, Democrats could do a lot to rein Trump in by obtaining a majority in the House of Representatives and/or the Senate in November.

Democrats are facing an uphill battle in the Senate, which Reich thinks will most likely remain in Republican hands. But even if Republicans maintain control of the Senate while losing the House to Democrats, it will be a major setback for Trump’s agenda.

GOP strategist Rick Wilson, the Weekly Standard’s Bill Kristol, journalists S.E. Cupp and Max Boot, MSNBC’s Joe Scarborough and other vehement anti-Trump voices on the right aren’t railing against the president because they have suddenly become converts to liberal/progressive politics—their contempt for Trump stems from a belief that he is harming the conservative movement and the Republican brand. And sure enough, a non-impeachment scenario in 2019 and 2020—one in which Trump remains in office but is thwarted by a Democratic majority in the House and/or Senate—could be beneficial for Democrats, who could focus on obstruction while allowing Trump to embarrass his party every time he opens his mouth or uses his Twitter account.

5. Trump Is Unlikely to Step Down Voluntarily Regardless of What Develops with Mueller’s Investigation

On August 8, 1974, President Nixon formally announced his resignation—and the following day, Vice President Gerald R. Ford was sworn in as president. Nixon quit rather than waiting to be fired. But Trump is more of an egomaniac than Nixon ever thought of being, and Trump is unlikely to resign voluntarily regardless of what Mueller’s investigation might uncover. Reich put it best: “Trump himself will never voluntarily resign, as did Nixon. He’ll lie and claim a conspiracy to unseat him.”