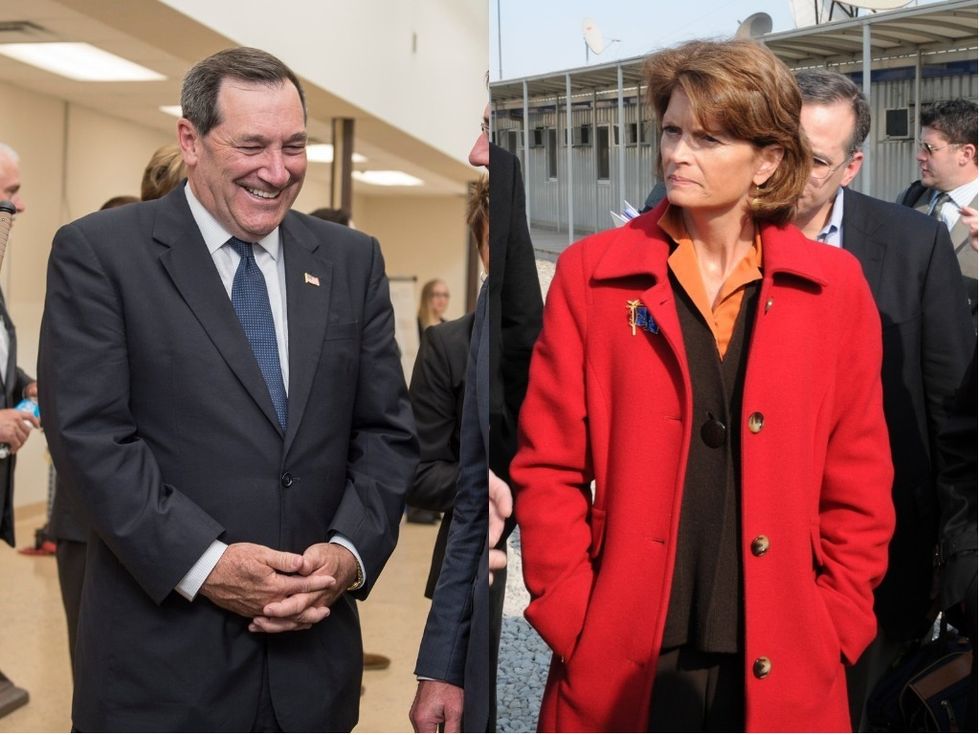 After three days of aggressive questioning from Kamala Harris, Cory Booker and other Senate Democrats, Judge Brett Kavanaugh might come up for a vote in the U.S. Senate as soon as this Thursday, September 13—and votes to either confirm or reject Kavanaugh’s nomination for the U.S. Supreme Court will no doubt come down along largely partisan lines. Most or all Republicans in the Senate will vote to confirm him; most or all Democrats will reject him.

And Kavanaugh, given the slight majority Republicans presently hold in the Senate, will most likely be confirmed. However, Kavanaugh’s opponents are still hoping that a handful of swing votes—namely, Maine’s Susan Collins and Alaska’s Lisa Murkowski on the Republican side, along with some Blue Dog Democrats—will sink the nomination just as the American Health Care Act (one of the GOP bills for overturning the Affordable Care Act) was sunk in 2017.

Here are five U.S. senators who could either make or break Kavanaugh’s nomination.

Susan Collins is one of the senators who far-right wingnuts and Tea Party extremists like to call a RINO: Republican In Name Only. Although the Maine Senator has a very conservative voting record, she occasionally breaks ranks with her party—for example, Collins voted again impeaching Bill Clinton during his Senate trial in early 1999 and helped sink the American Health Care Act last year. But Collins voted to confirm Neil Gorsuch, Trump’s first Supreme Court nominee. And in Maine, two groups opposed to Kavanaugh’s confirmation (the Maine People’s Alliance and Mainers for Accountable Leadership) have teamed up with Ady Barkan to warn Collins that if she votes for Kavanaugh, they will crowdfund her Democratic opponent (whoever that might turn out to be) when she seeks reelection in 2020. And they mean business: so far, they have raised more than $1 million, all of it earmarked for Collins’ future opponent should she vote for Kavanaugh.

Like Collins, Murkowski voted against the American Health Care Act but voted to confirm Gorsuch—and like Collins, Murkowski is part of the pro-abortion rights minority in the GOP. Murkowski is pro-choice in a generally anti-choice party, and abortion rights activists have been hoping to pressure her into voting against Kavanaugh. Murkowski has not said whether she will vote for or against Trump’s nominee, but if her vote for Gorsuch is any indication, pressure from the GOP will outweigh pressure from pro-choice groups.

Three Senate Democrats voted to confirm Gorsuch last year, and one of them was West Virginia’s Joe Manchin—who is up for reelection this year. And in recent polls, Manchin has been leading Republican nominee Patrick Morrissey. A MetroNews poll, for example, had Manchin ahead by 8%. But if Manchin voted against Kavanaugh, Morrissey would no doubt use that issue against him in attack ads.

Another Senate Democrat who voted for Gorsuch and is seeking reelection in 2018 is Indiana’s Joe Donnelly. Although Obama won Indiana in 2008, the state is heavily Republican. Nonetheless, a late August poll from NBC News/Marist found the incumbent Democrat leading Republican challenger Mike Braun by 6%. And Kavanaugh’s opponents are fearful that Donnelly will vote for Kavanaugh if he fears that a vote against Kavanaugh could endanger his lead.

North Dakota Sen. Heidi Heitkamp is also a red-state Democrat who voted for Gorsuch’s confirmation and is up for reelection this year. The centrist Heitkamp won by only 1% in 2012, and in 2018, she is in a very close race with Republican nominee Kevin Cramer—who is painting himself as reliably pro-Trump in the campaign. While other Democratic senators have been vocal in their opposition to Kavanaugh, Heitkamp met with him for about 75 minutes in August and issued an official statement saying she was weighing the decision carefully.