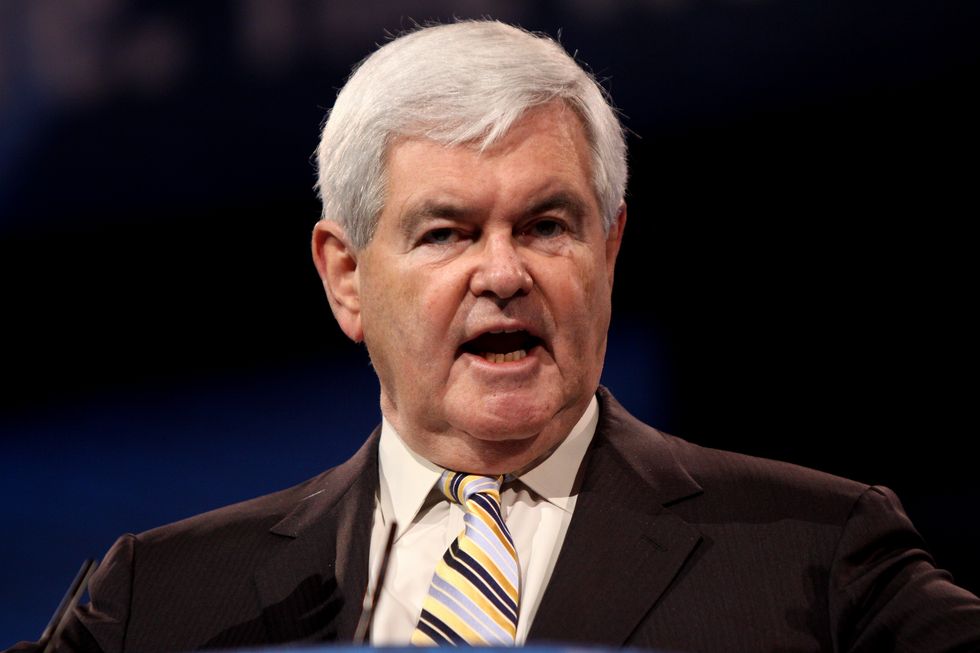 Texas Sen. Ted Cruz, who is seeking reelection in the 2018 midterms, has grown increasingly worried that his Democratic challenger, Beto O’Rourke, might actually defeat him. Recent polls have shown O’Rourke trailing him by only 1% (Emerson), 4% (NBC News/Marist) or 2% (Texas Lyceum). And Cruz has responded to those polls not only by asking his bitter rival from 2016, Donald Trump, to please campaign for him in Texas, but also, by attacking O’Rourke for having once played in a 1990s punk band called Foss.

To hear the Texas GOP tell it, the fact that O’Rourke was part of a punk band in the past should disqualify him from serving in the U.S. Senate—and Democratic congressional candidate Alexandria Ocasio-Cortez, who is running against Republican Anthony Pappas in Queens and the Bronx, responded by noting how “corny” Republicans can be. In an August 30 post on Twitter, Ocasio-Cortez asserted, “Why is the GOP so corny? You can front a band and run for office. You can pierce your nose, be a bartender, a teacher, a stay at home parent; wear a dress or rip your jeans—none of this disqualifies you from advancing the fight for healthcare, education, housing, and justice.”

Indeed, attacking O’Rourke for having once been a part of a punk band is unbelievably corny. But it’s hardly the first time Republicans have resorted to incredibly silly attacks against their political opponents. Here are five of the corniest, dumbest, most moronic attacks that have come from Republican candidates or far-right pundits over the years.

Republicans hate being depicted as ignorant, bigoted, backwards knuckle-draggers, but when they run attack ads lambasting candidates for being able to speak a foreign language, it’s dishonest to depict them any other way. Former Massachusetts Gov. Mitt Romney is a fluent French speaker, and when serial adulterer Newt Gingrich ran against Romney in the 2012 GOP presidential primary, the former House speaker ran an attack ad lambasting Romney for his French-speaking abilities. The ad insisted that because Romney, like Democratic Sen. John Kerry, could speak French proficiently, he was undeserving of the GOP presidential nomination. Even by Republican standards, it was an amazingly dumb ad.

2. Republicans Vilified Bill Clinton for Having Tried Marijuana in College

When Democrat Bill Clinton was trying to unseat President George H.W. Bush in 1992, one of the ways Republicans set out to disparage the former Arkansas governor was by attacking him for having tried marijuana when he was in college (Clinton responded that he had tried marijuana but “didn’t inhale”). The U.S. was in a painful recession in 1992, and when Republicans wanted to talk about marijuana and family values, they were reminded, “It’s the economy, stupid.”

Cruz has not only lambasted O’Rourke for having played in a punk band in the 1990s—he has also criticized the El Paso Democrat for occasionally using profanity during his campaign. Even by Cruz’ standards, that’s just plain pathetic. And if Cruz honestly believed that voters shouldn’t support politicians who have used profanity, he wouldn’t be seeking the help of someone known for cursing extensively: President Trump.

According to far-right wingnuts Sean Hannity and Laura Ingraham, one can tell a lot about politicians’ patriotism or lack thereof by what they put on a hamburger—and in May 2009, Hannity and Ingraham were indignant when President Barack Obama ordered a burger with Dijon mustard. In the mind of multi-millionaire Hannity, Obama’s decision to order a “fancy burger” demonstrated that he wasn’t really a “man of the people.” And to Ingraham, that Dijon mustard showed that Obama wasn’t truly connected to U.S. culture. Yes, Hannity and Ingraham really are that idiotic.

When Trump and former Florida Gov. Jeb Bush were competing in the GOP presidential primary in 2015, Trump took exception to Bush’s use of Spanish on the campaign trail. Bush (whose wife, Columba Bush, was born in Mexico) is a fluent Spanish speaker—so fluent, in fact, that he has been interviewed in Spanish by television journalist Jorge Ramos on Univision’s “Al DÃ­a con Jorge Ramos.” And Trump, indignant, told Breitbart that Bush “should really set the example by speaking English while in the United States.”